Best Arm Exercises to Add to Your Routine 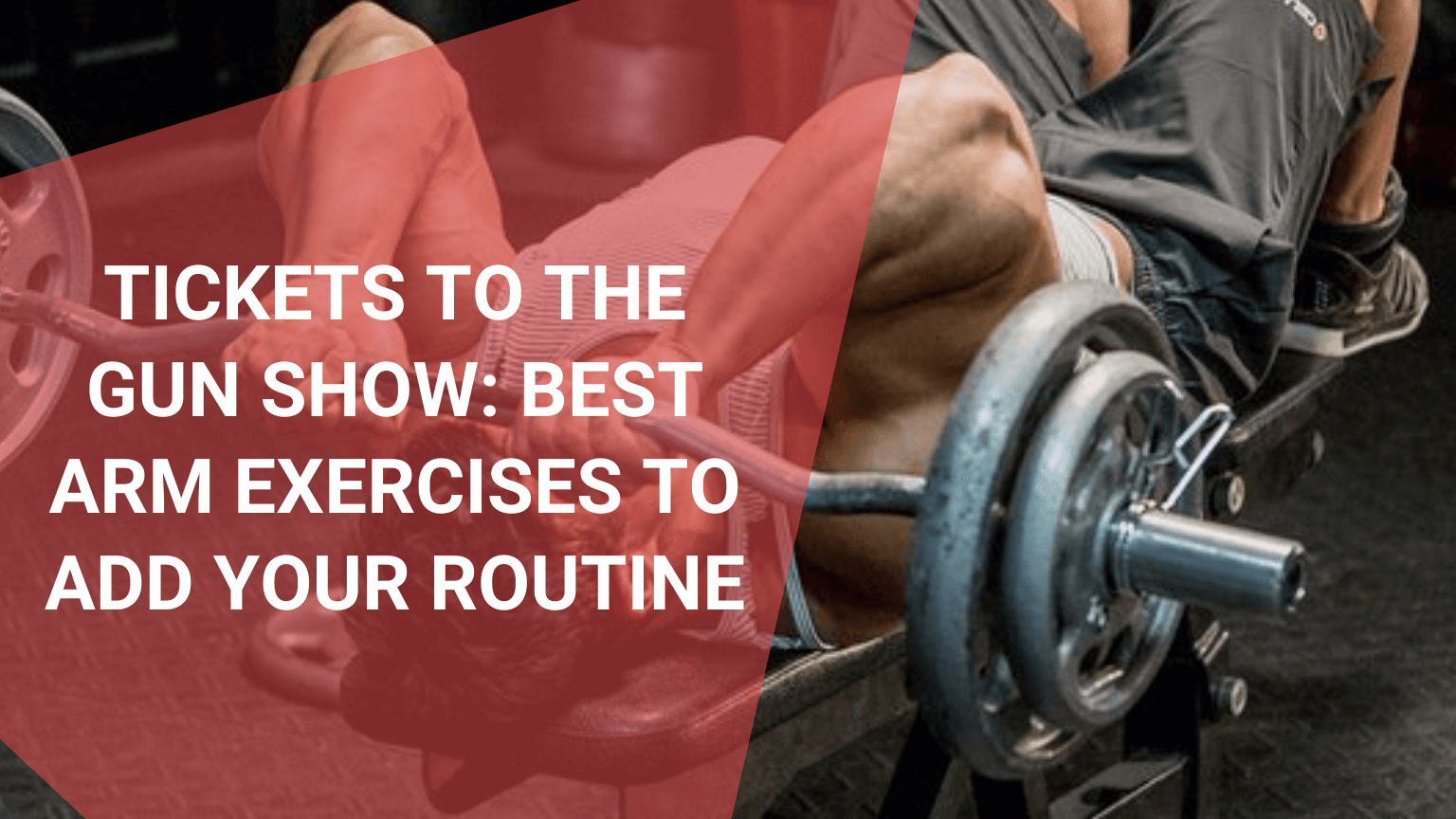 Come one, come all and get your tickets to the gun show!

All jokes aside, today we’re going to rap about what it takes to get those envious pythons we call arms that most people yearn for and few actually achieve.

Biceps, and arms as a whole, are often considered vanity muscles because let’s face it, they look good! A nice set of pipes always look good filling out the sleeves of a shirt and they’re easy to spot so it makes sense why you’d want to build them up.

The problem is that too many lifters focus on the wrong ways to build big arms so I’m going to provide you with solid advice on how to actually become the walking gun show.

Why Strong Arms Are Important

It seems like a silly question, having strong muscles should always be a goal, but it’s always important to know the context of why we work out certain muscle groups as it helps us to understand our goals and what we want to achieve.

Working out your arms isn’t just for vanity purposes, just as it isn’t for other muscle groups and lifts.

We deadlift to build a stronger back not to just look as wide as a barn door, but to lower the risk of back injuries. We do squats so our legs are stronger against potential knee injuries and to help with functional lifts like moving furniture.

Building those guns we call arms isn’t just to impress people at the club (although it helps), but to create a well-rounded physique that is proportional, functionally strong, and healthy.

The biggest misconception about arm workouts and the muscle groups of the arms is that biceps are the only muscle to target. This is undoubtedly incorrect as the arm is made of tons of muscle groups, with the biceps being just one select area.

The largest of the arm muscle groups are actually the triceps, making up roughly 2/3rds of your arms mass, followed by biceps, forearms, and various minor muscle groups associated with those larger groups.

Putting in a rigorous arm workout is great but only if you don’t overload your arms and don’t allow them to recover, so don’t listen to the bro-science myths about needing to do 10 sets of 20 reps or something equally insane for bicep curls or tricep extensions.

Lastly, there are plenty of compound lifts that also help build arm strength and mass so isolating biceps or triceps is good, but remember that being able to maximize your time in the gym by hitting multiple muscle groups is always encouraged!

Finally, let’s get into some of the best arm workouts that will help you build strong, functional, and beautiful arms.

I’ll be dividing it into four sub-categories: Biceps, Triceps, Forearms, and Compound Lifts to help make things easier for you. 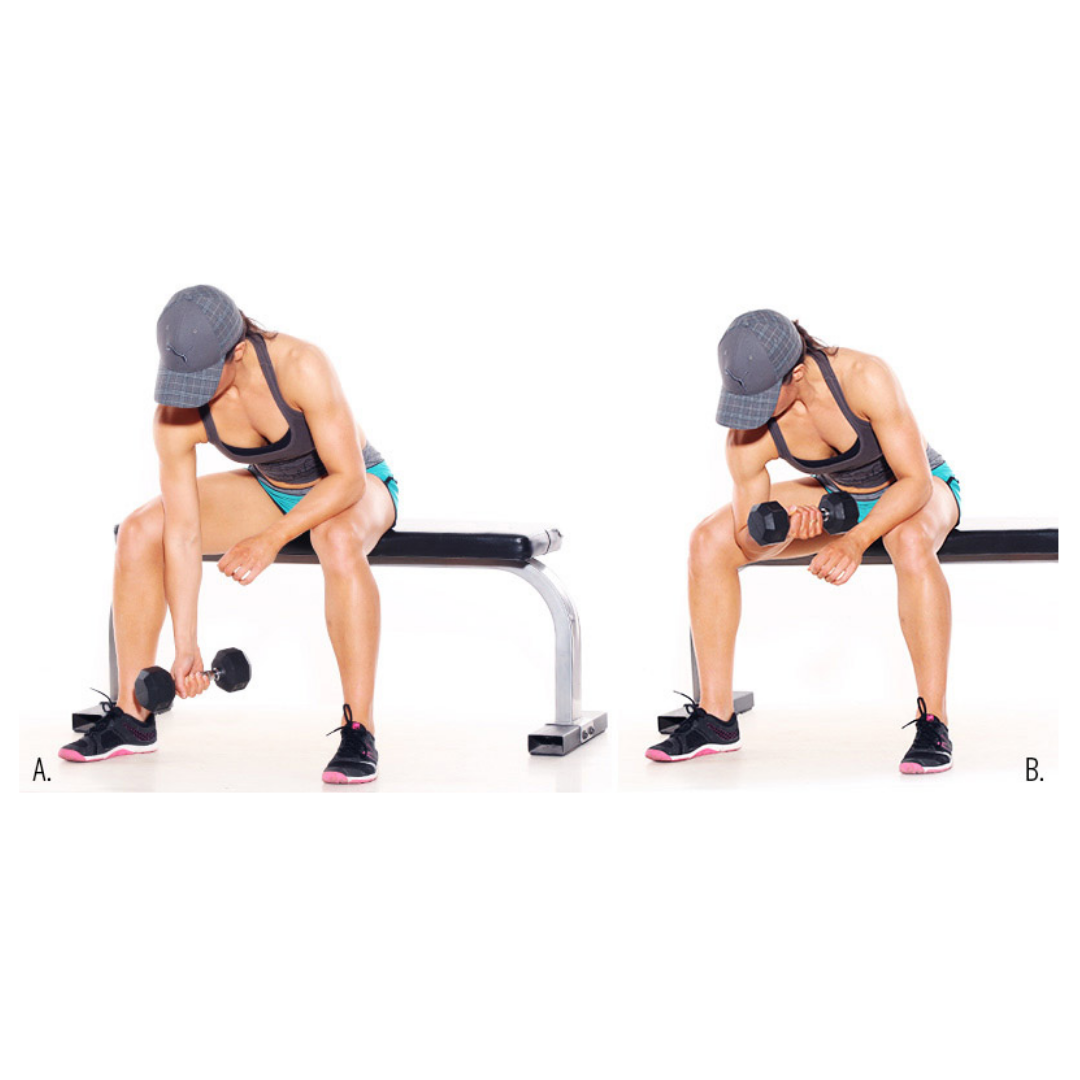 The concentration curl is a good way to isolate the bicep muscle by allowing you to rest your elbow on the inner side of your knee/thigh while seated.

Perform the curl as you would normally but focus on squeezing the bicep instead of relying on your shoulder or another part of your body to swing or create momentum to complete the top of the lift. 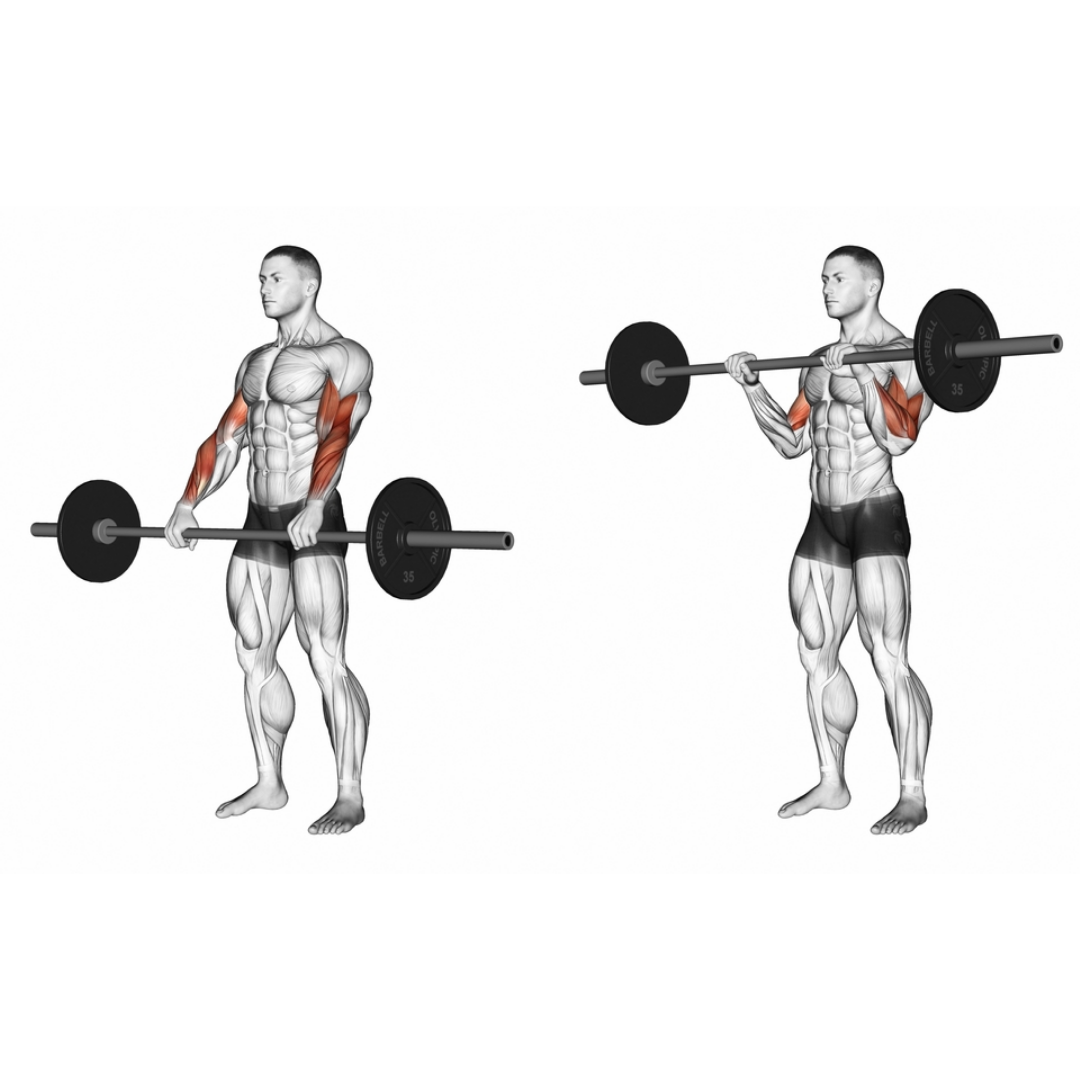 Holding a barbell, perform a typical barbell curl by pulling the bar up towards you with your palms gripping the bar facedown.

This lift is great for the biceps and forearms. It can be performed with a straight bar or an EZ bar to help reduce tension on the wrists if that’s an issue that bothers you. 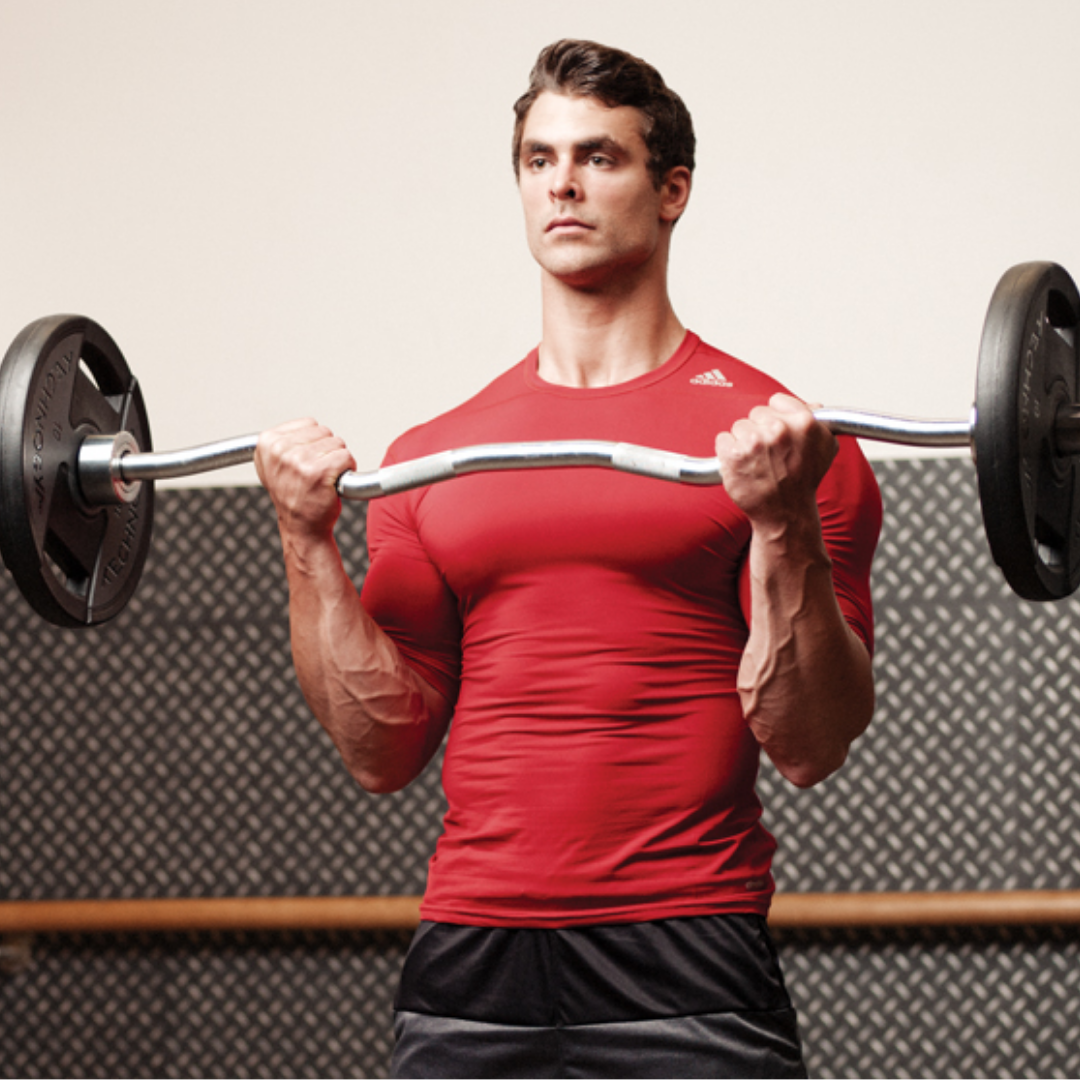 Just an old-fashioned curl with the bar except you will be using the EZ curl bar.

The reason why we’ve included this one over a straight barbell is that the curvature of the EZ curl bar is more forgiving as mentioned in the Reverse Grip Barbell Curl.

If you choose to, you can swap this out for a straight barbell for curling, but it works the same group of muscles regardless. 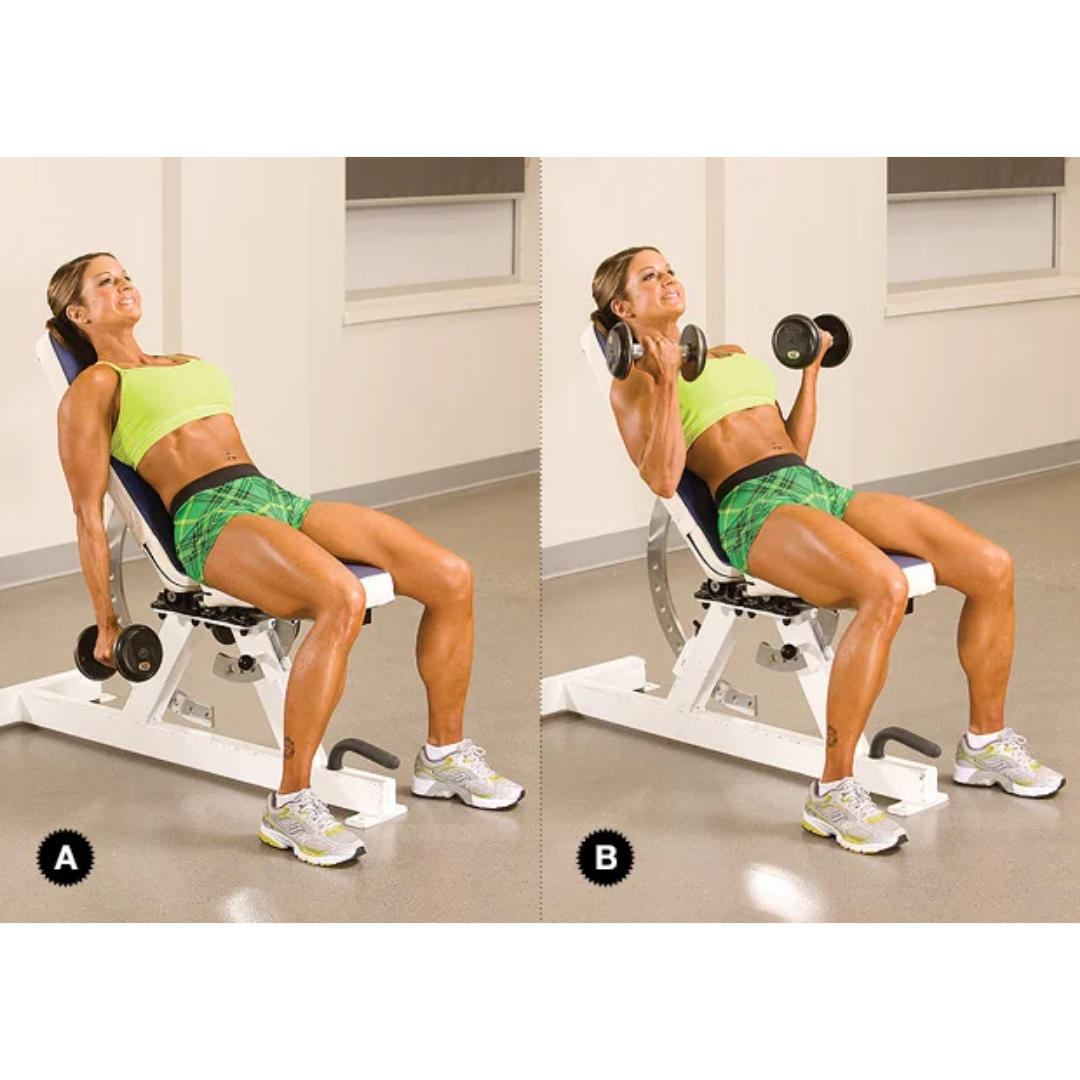 While lying on an incline bench, you want your arms to be dangling (but still in control) at your sides gripping dumbbells. Alternate between arms to maintain control over your range of motion.

This type of curl is great because it allows full extension and retraction of your arms and makes it more difficult to perform a complete range of motion on each rep which helps train you not to swing the dumbbells up. 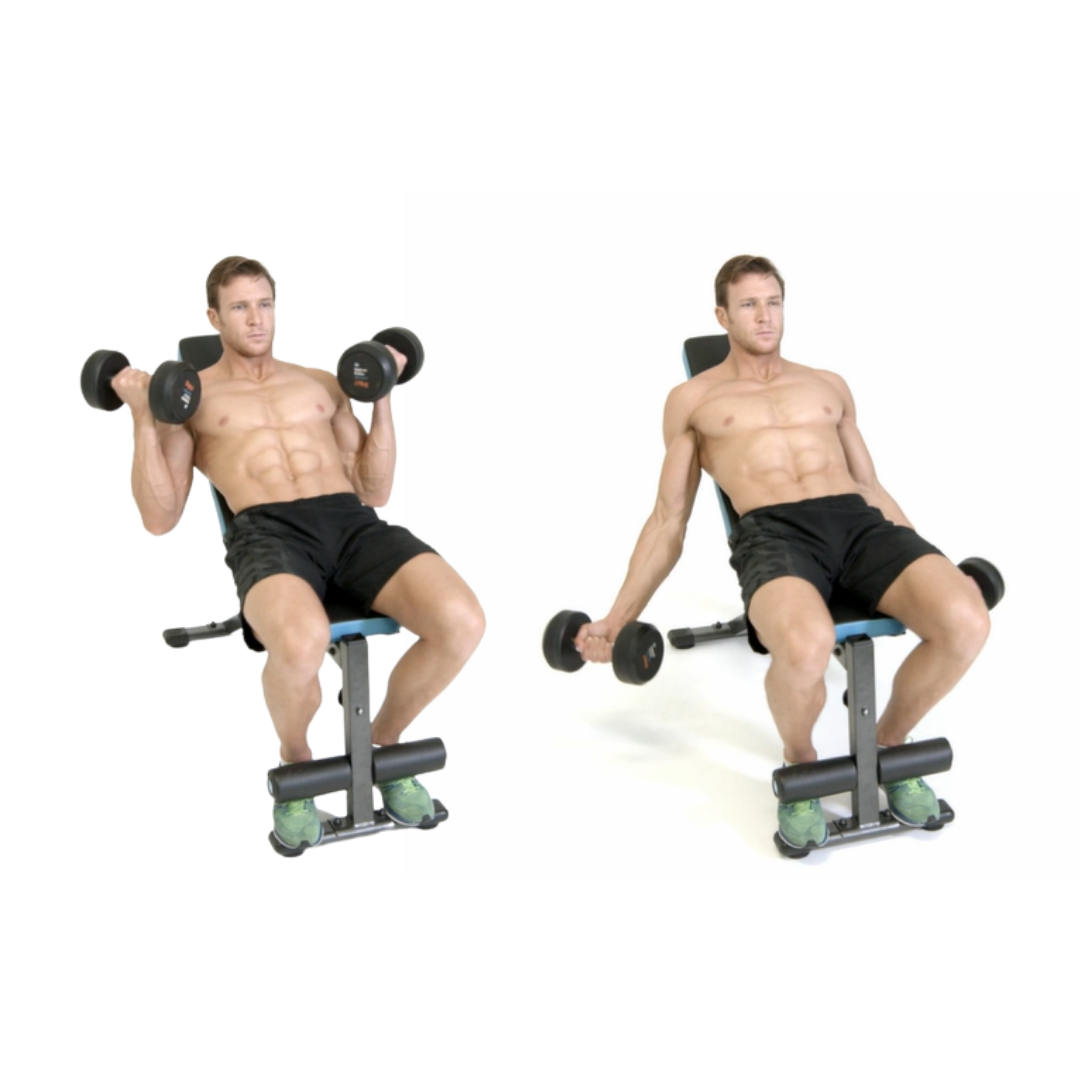 This is another curl that will help hit your forearms, albeit at the expense of not hitting your biceps as much. Still, it’s always good to do arm exercises that can hit multiple groups to help maximize your workouts. 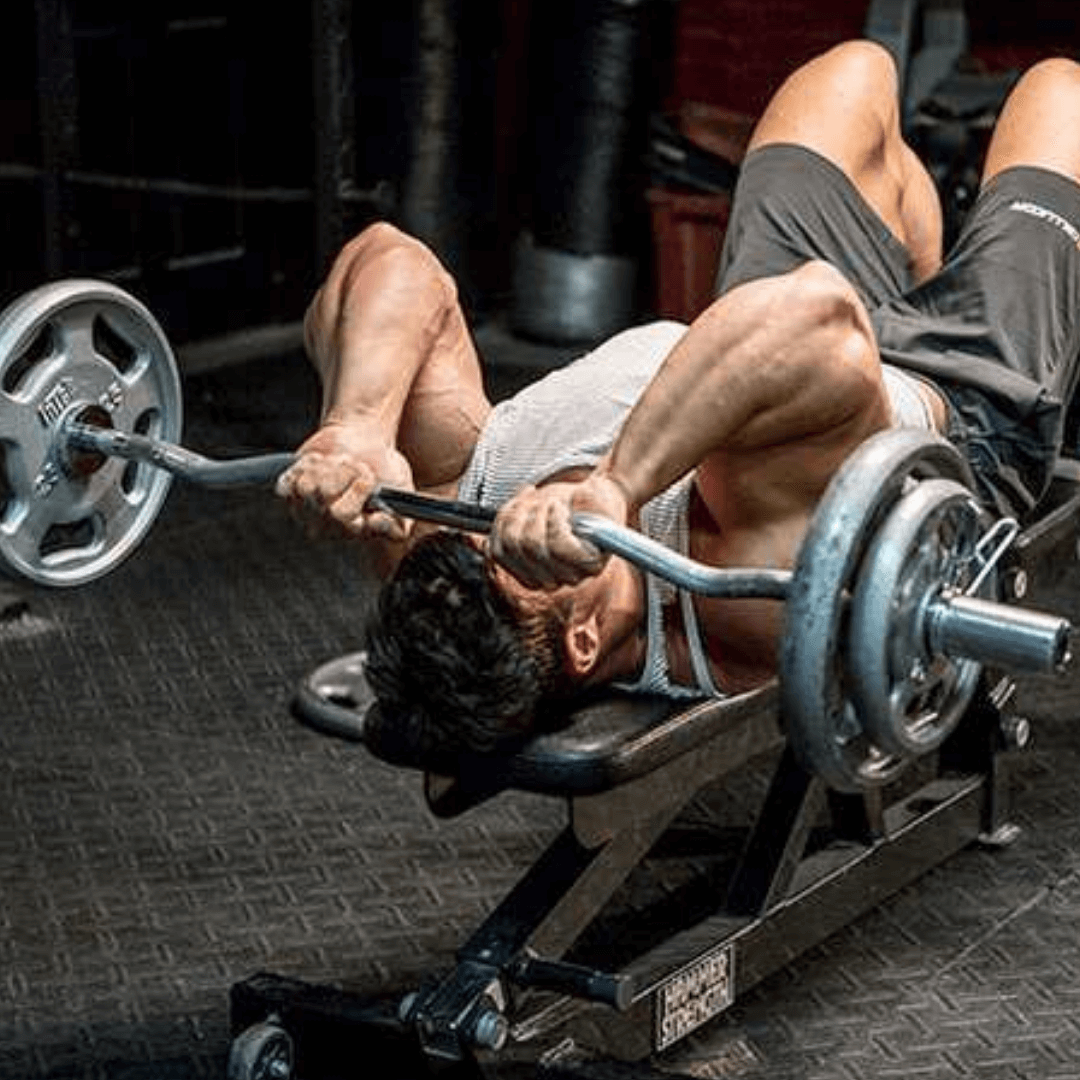 Try to avoid actually crushing your skull, but you’ll be coming close to doing that with this lift. Using a straight or EZ bar, lay flat on a bench and bring it down just behind your head.

This is an easy lift to help target your triceps. Start with low weight before moving up as it can become harder to bring the bar back up to complete a rep at higher weights. 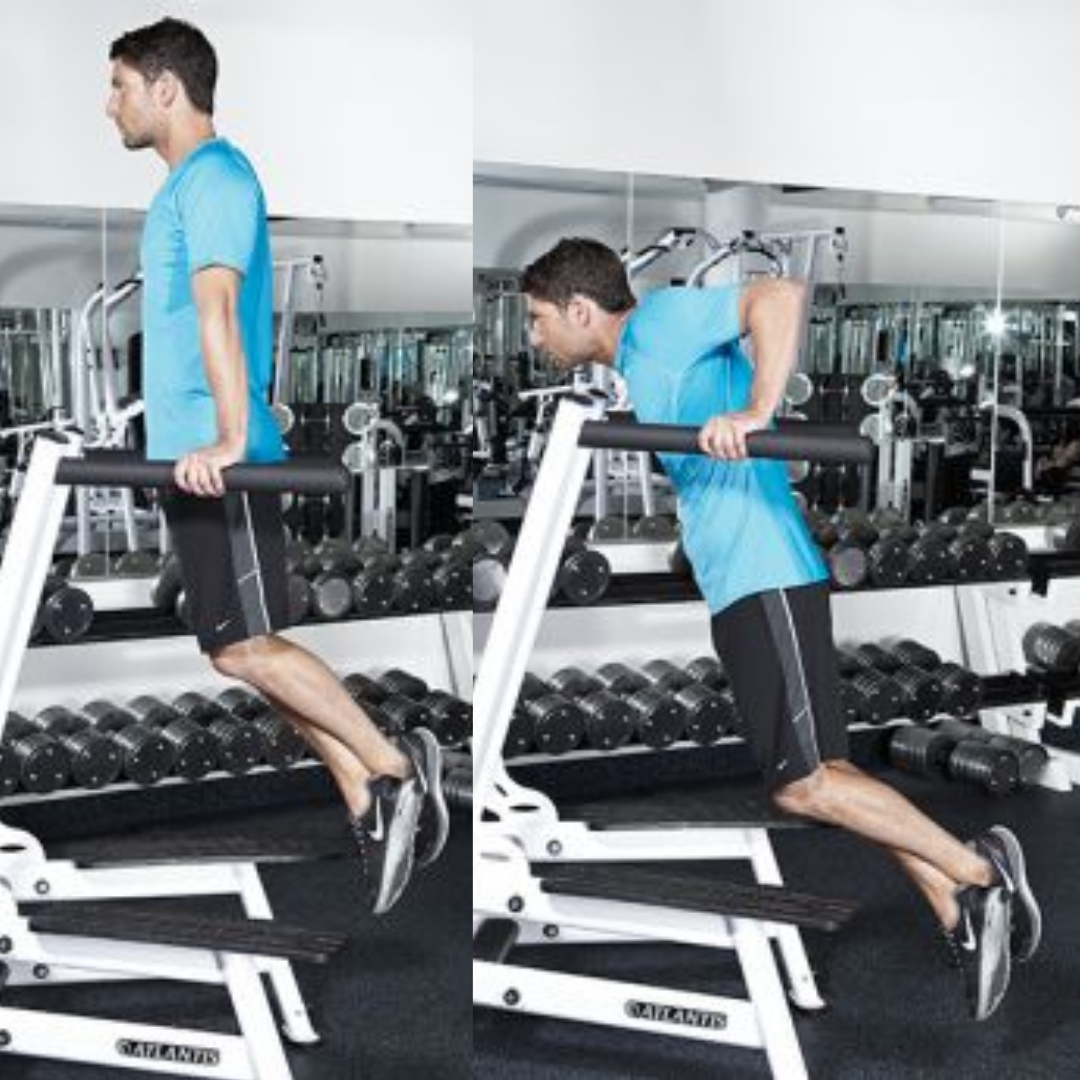 Another classic exercise for triceps are dips. You can perform these on dip machines that have two protruding handholds or with one or two benches (feet on the ground vs. feet propped up on the second bench).

Similarly, you can use weights if you find doing it bodyweight only is too easy. For weighted dips on the machine, you can get a dip belt that holds a plate(s) between your legs, or if you’re doing them on one or two benches, you can place a plate(s) on your lap. 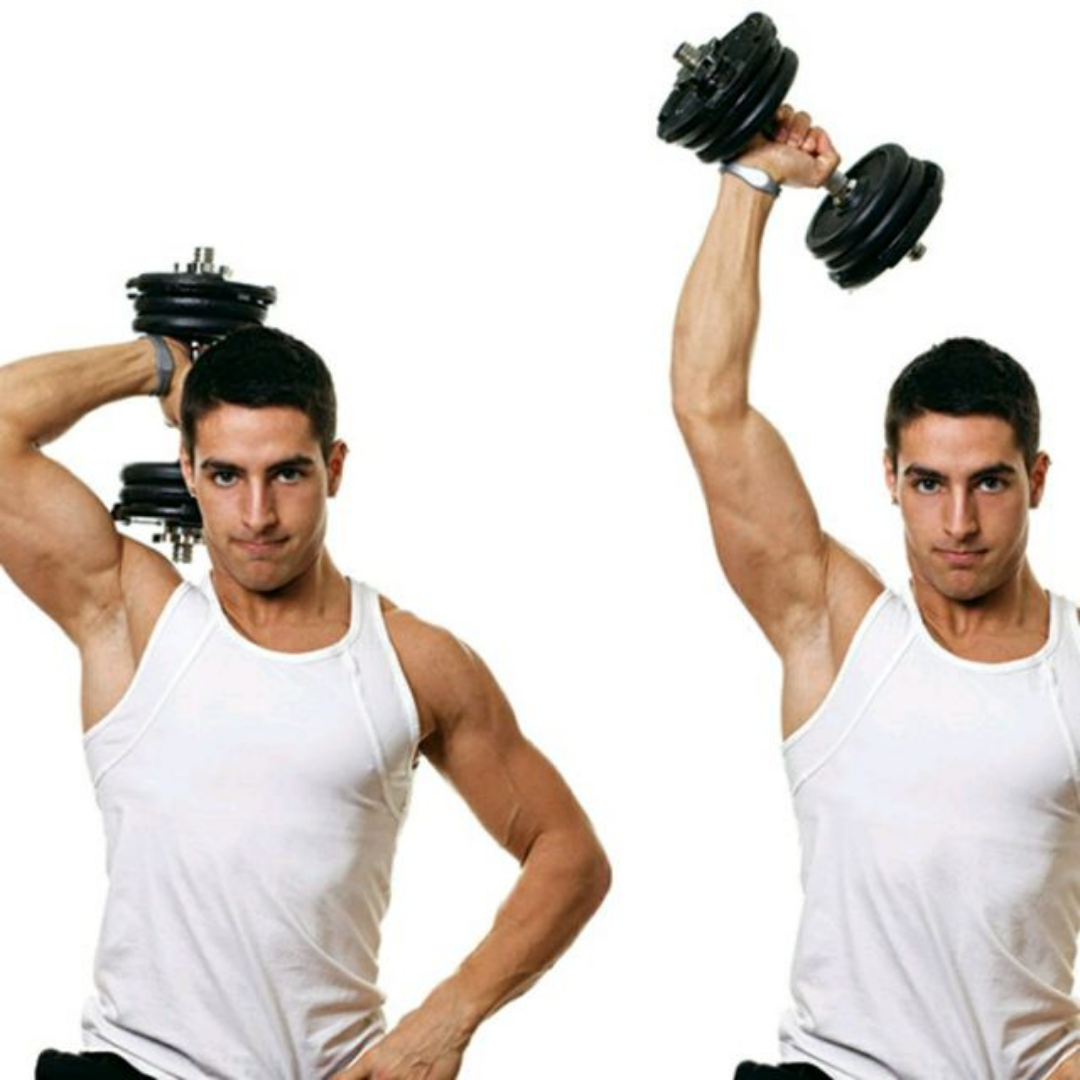 Holding a dumbbell in one hand behind your head, extend it upward until your arm is as straight as possible and you will feel a squeeze in the head of your triceps.

You can perform this lift either sitting or standing, the difference being that you’ll have an easier time performing it while standing but it’s up to you. 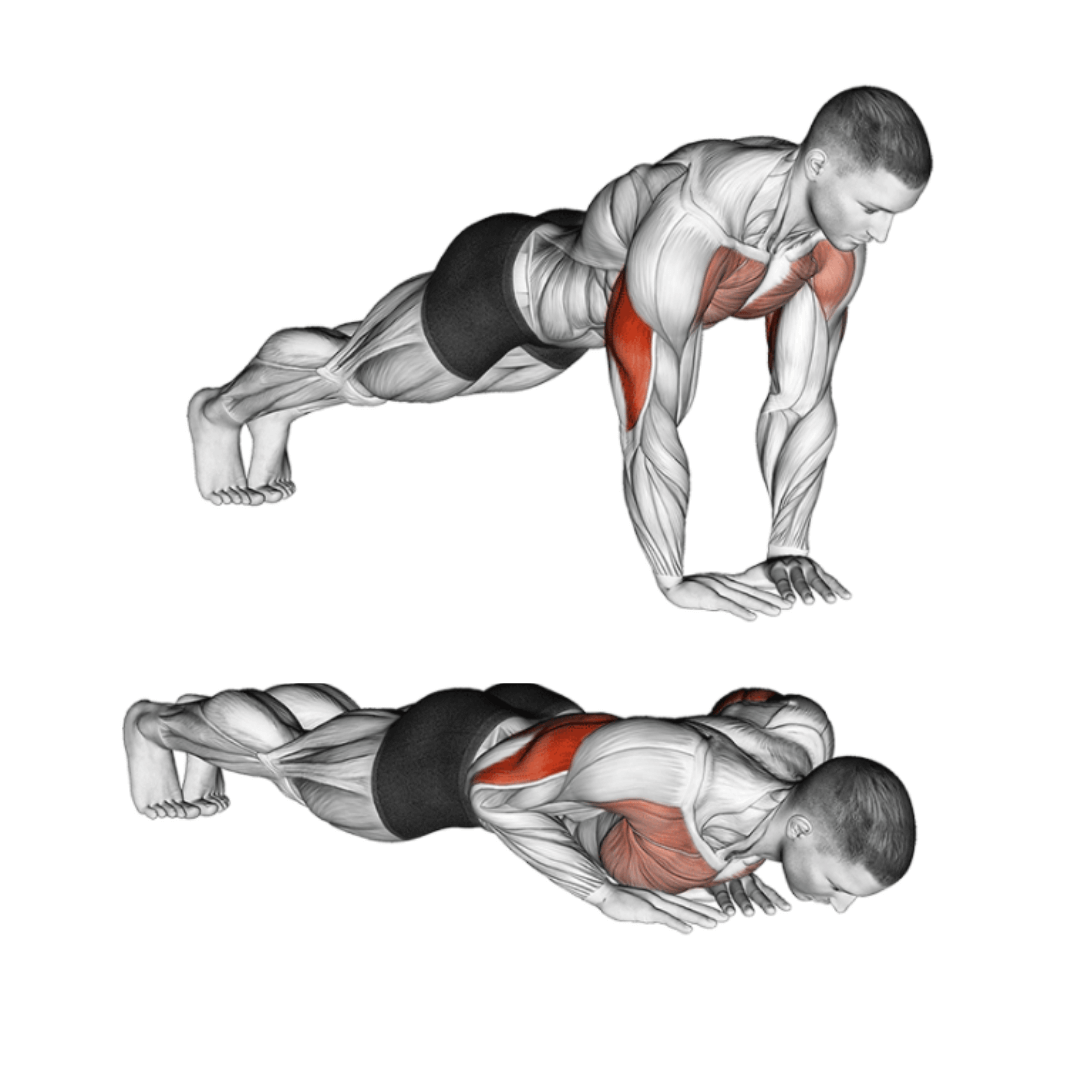 No equipment is needed, just touch left thumb to right thumb and your two index fingers together around the middle of your chest on the floor and perform a push-up.

Do this push-up slowly to keep control and allow yourself to feel it in your triceps and your upper chest. 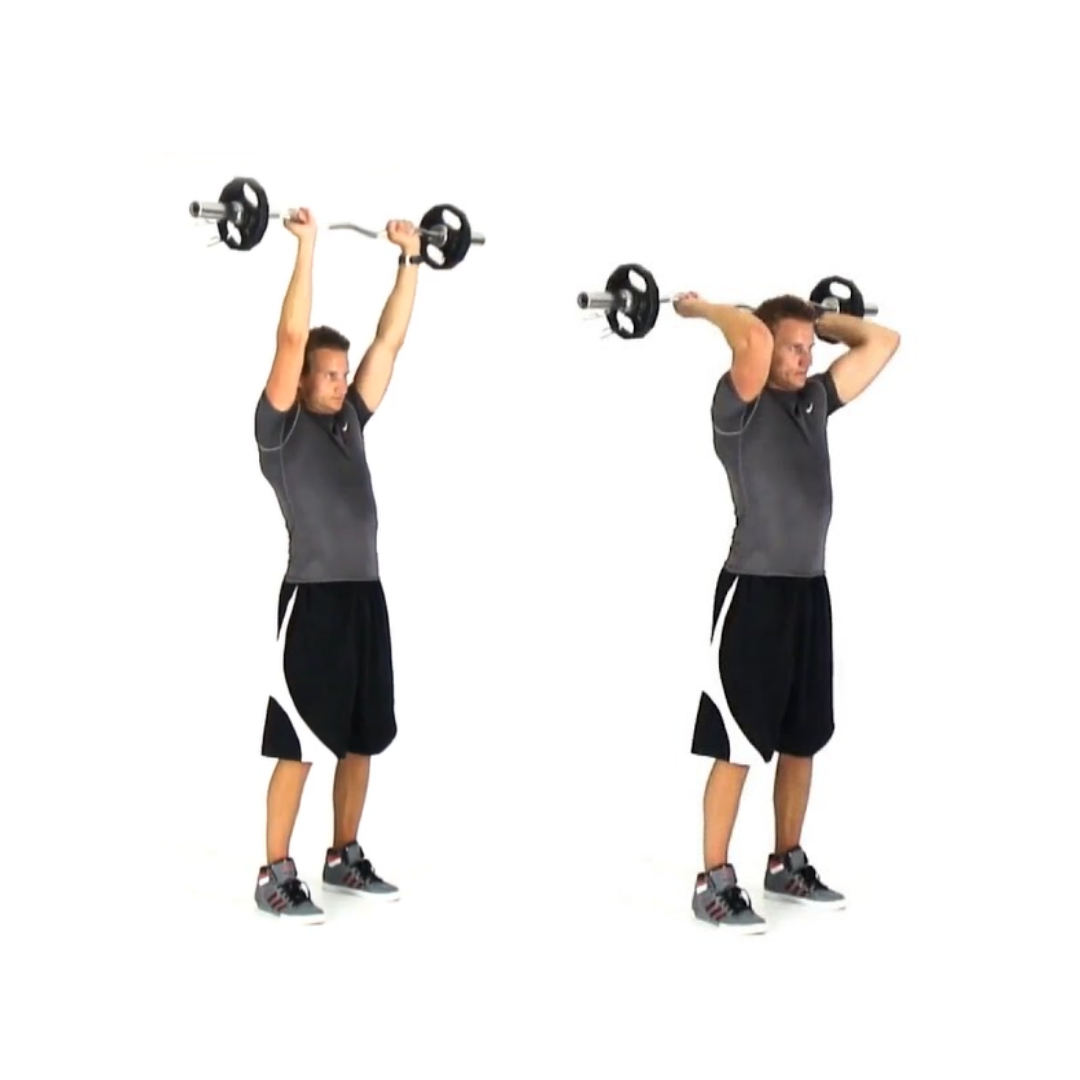 Very similar to a Skullcrusher, only you’ll be standing up with the straight or EZ bar.

You want to maintain control as you bring the bar down from the full extension of your arms to the back of your head to feel it squeezing in the head of your triceps.

To avoid injury, don’t go too far when you bring the bar down from behind your head as it can potentially hurt shoulders and elbows. 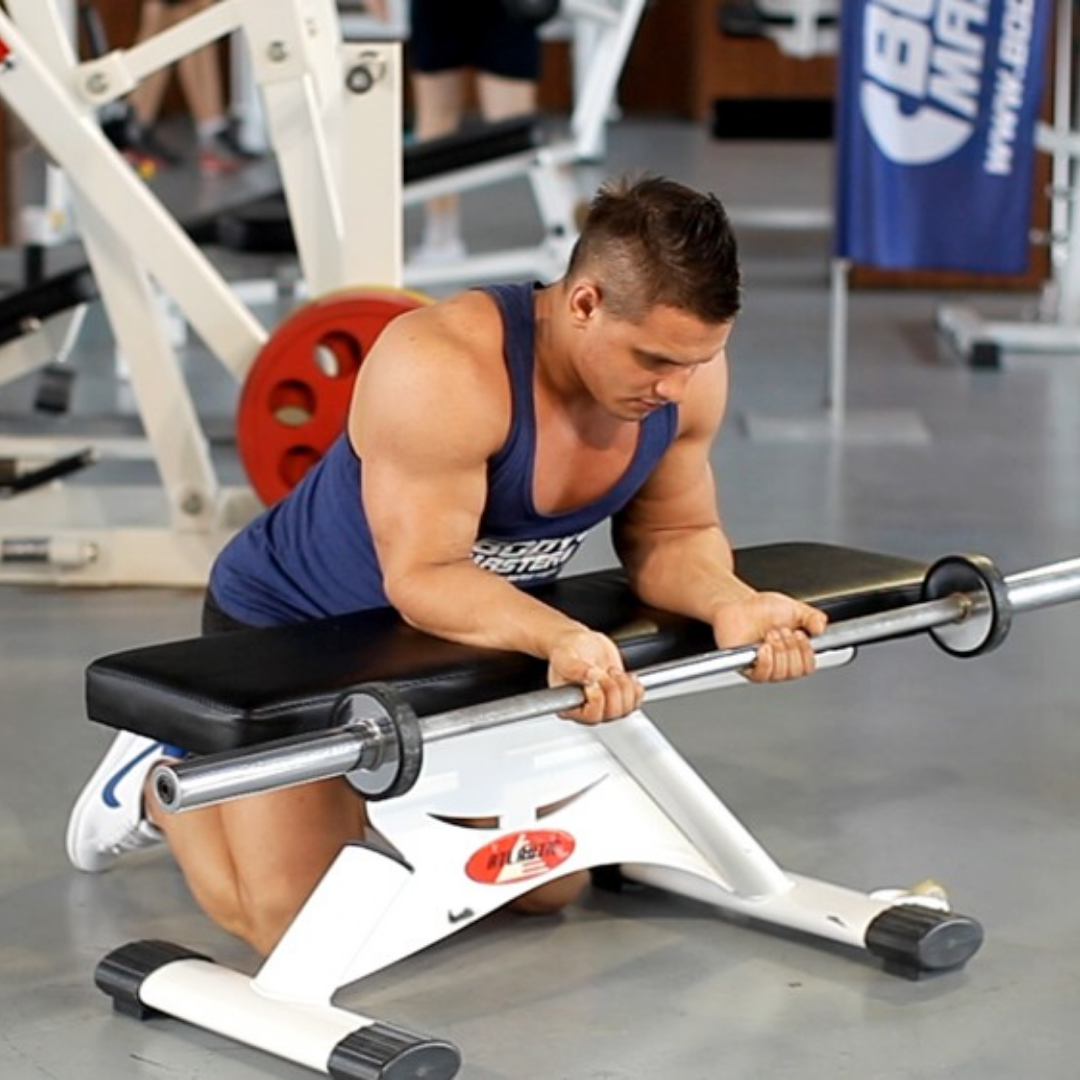 Holding a straight barbell in both hands, keep your arms extended out and roll the bar up or down using your wrists. You’ll feel it predominantly in your wrist flexors, but also in your forearm flexors as well.

The best way to perform this without cheating on your range of motion is to hold your arms out across a flat bench to help, and of course, you can either do it palm up or down. 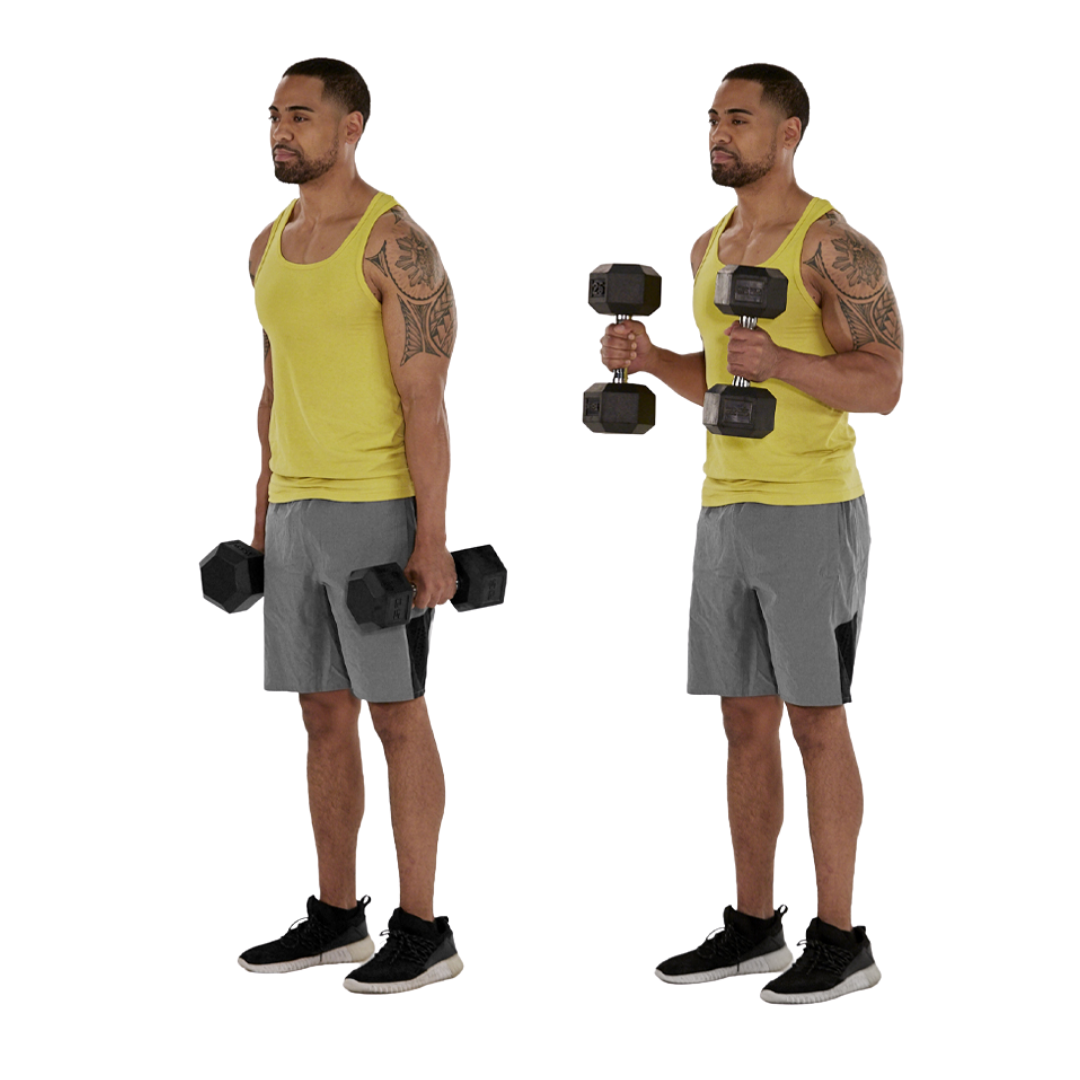 This curl starts off similar to the Twisting Dumbbell Curl, except for the whole curl, your palms will remain facing your body while gripping the dumbbell.

This type of curl is good because you have plenty of control over the motion and it allows you to increase the weight a little quicker for that reason. It does hit the biceps, but it will hit your forearms a tad more. 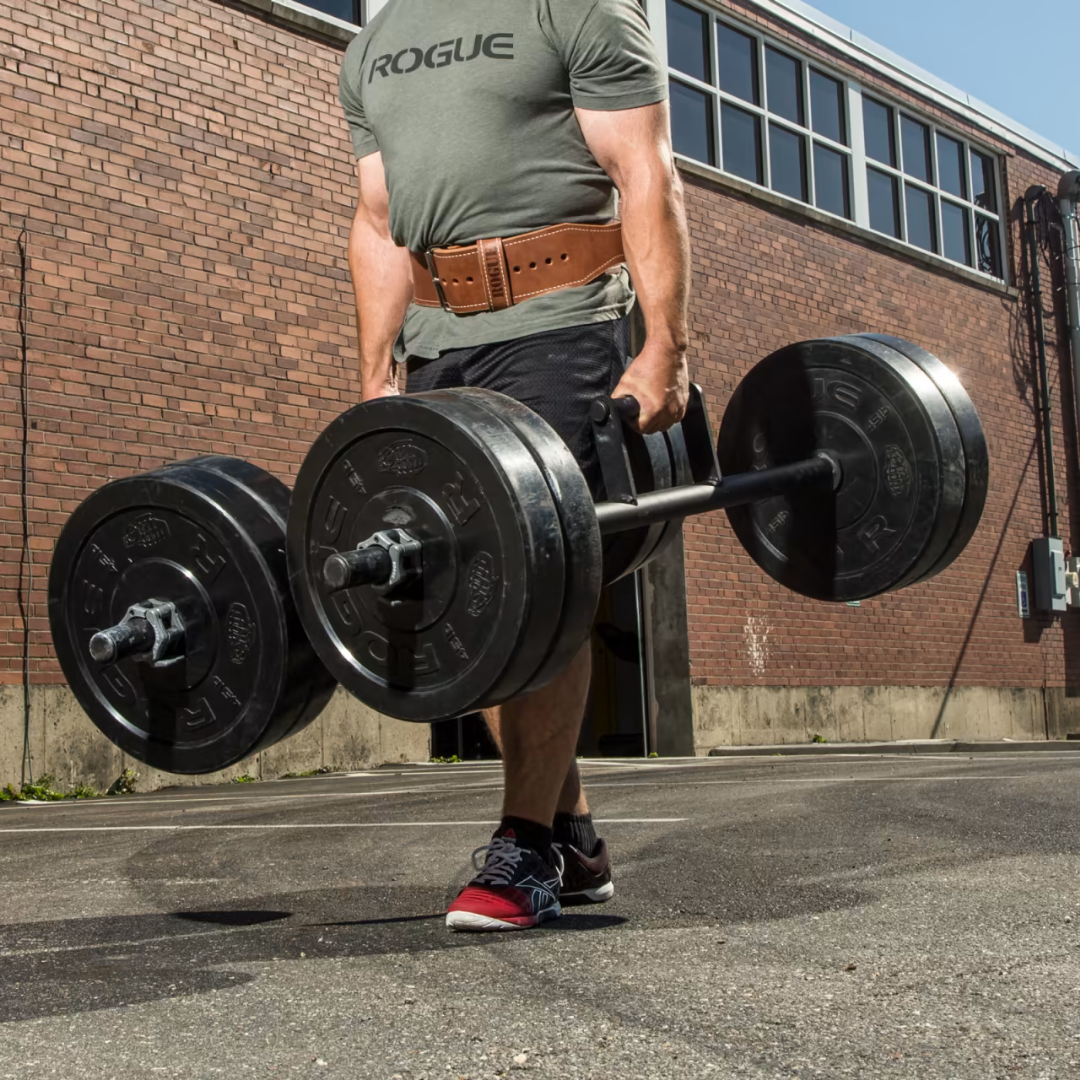 Have you ever seen the forearms of people that were born and raised working on farms? You’ll understand how they get so big after doing Farmer’s Walks.

A farmer’s walk can be performed in a multitude of ways which makes it such a great exercise for grip strength and forearm muscles. The basic premise is to carry two equally heavy objects in your hands on each side and perform a walk of any predetermined length. You can use dumbbells, kettlebells, or specifically designed Farmer’s Walk barbells, or even buckets of water. 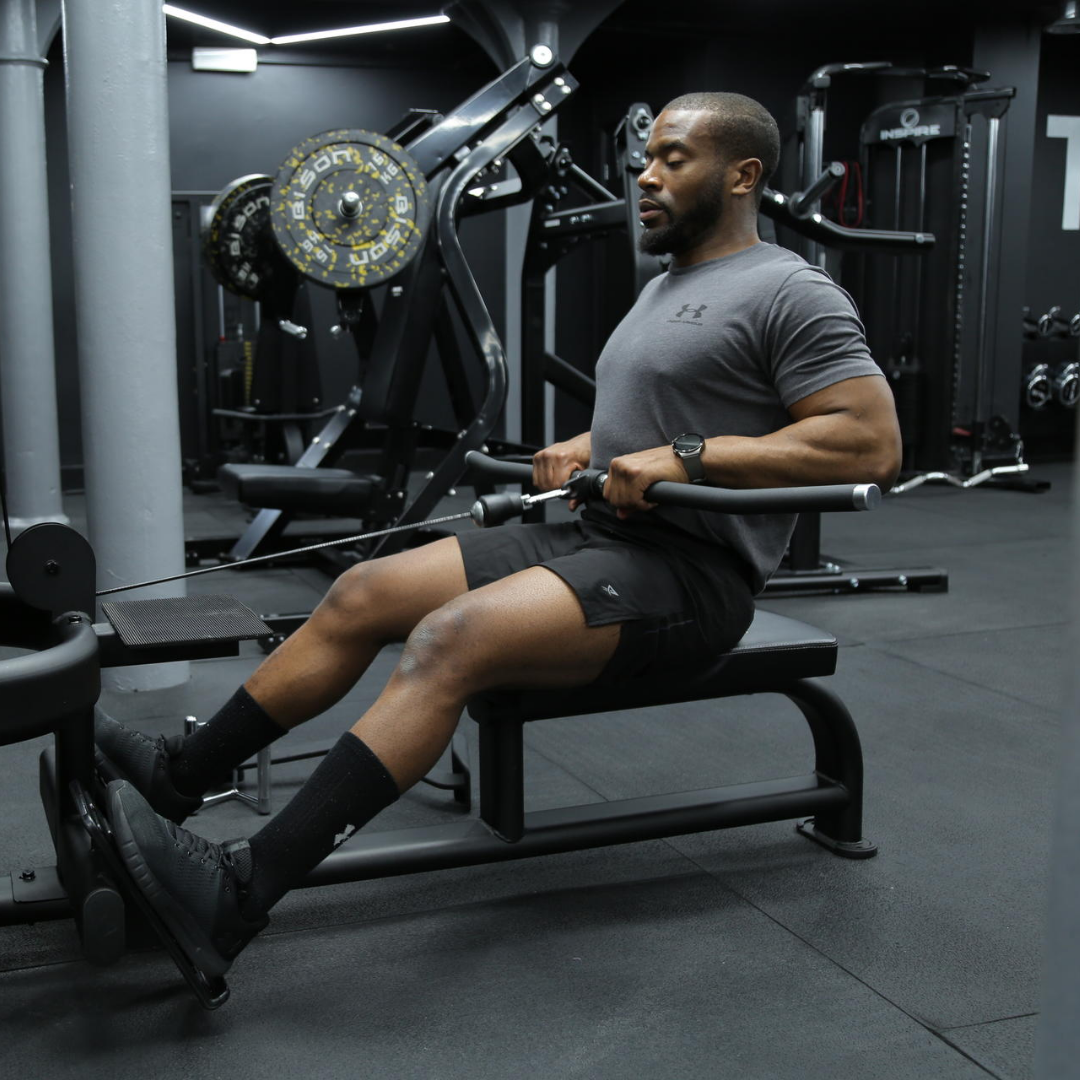 Rows are an amazing workout for working the back and arms, and even a little bit of the shoulders, so they’re a great compound lift to include in this list.

I picked Underhand Seated Rows (on the machine) but you can realistically interchange them with Pendlay Rows or Bent Over Rows (palm up or down) and get the desired results. However, many barbell row variations hit your back much more predominantly. 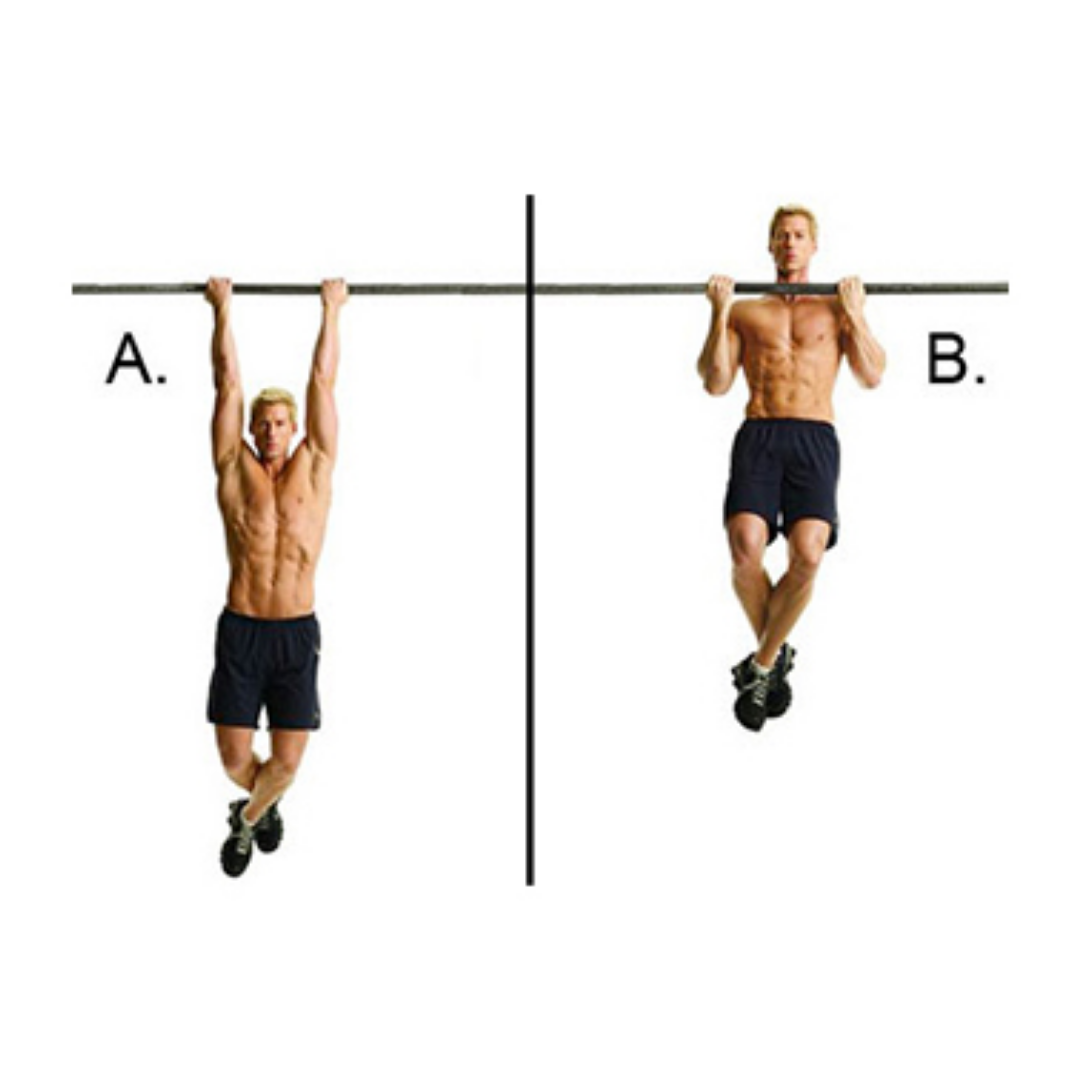 Chin-Ups are one of the most phenomenal workouts because of the absolute volume of muscle groups they hit. Back, shoulders, forearms, biceps, core, you name it and it’s going to give you results.

I don’t think I need to describe Chin-Ups, but if so, you simply grasp the bar (or similarly raised bar/ledge) and use your upper body to lift yourself up. You can do Pull-Ups as well, they won’t hit your arms as much, but are still an excellent compound bodyweight exercise. 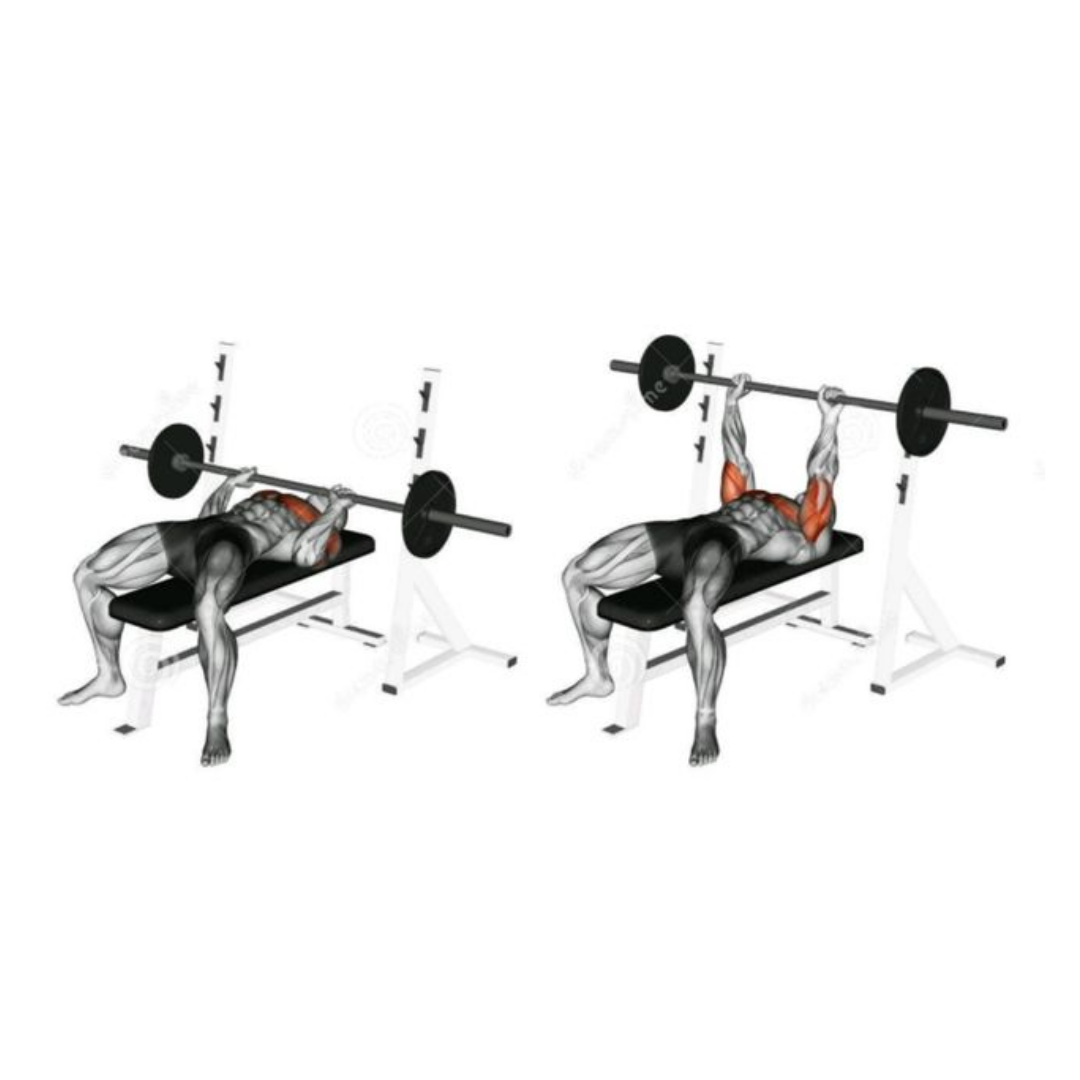 In a similar fashion to Diamond Push-Ups, the Close-Grip Bench Press is designed to focus on the triceps more than the chest.

It’s a great variation on the classic Big 3 compound lift of Bench Press with added emphasis on growing your tricep group, but don’t worry, you’ll still see growth in the chest area as well. 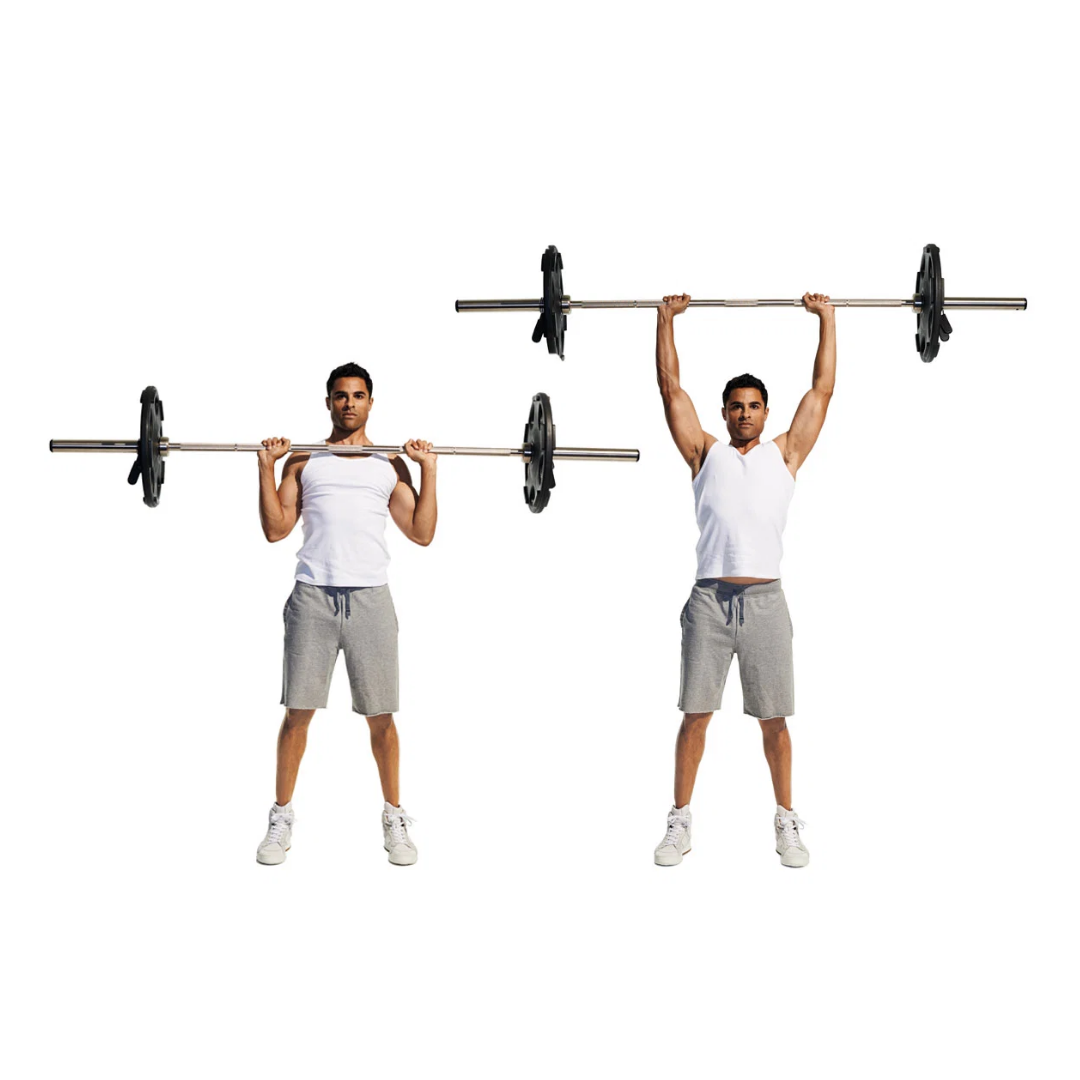 Many of the shoulder-focused lifts rely on the triceps as a supporting muscle group to help accomplish the lift so Barbell Overhead Press is a great exercise to help target two parts of the upper body.

The important part to remember when doing this lift is to perform a Military OHP because you aren’t able to cheat by using the momentum of pushing with your lower body to raise the bar up to a full extension. 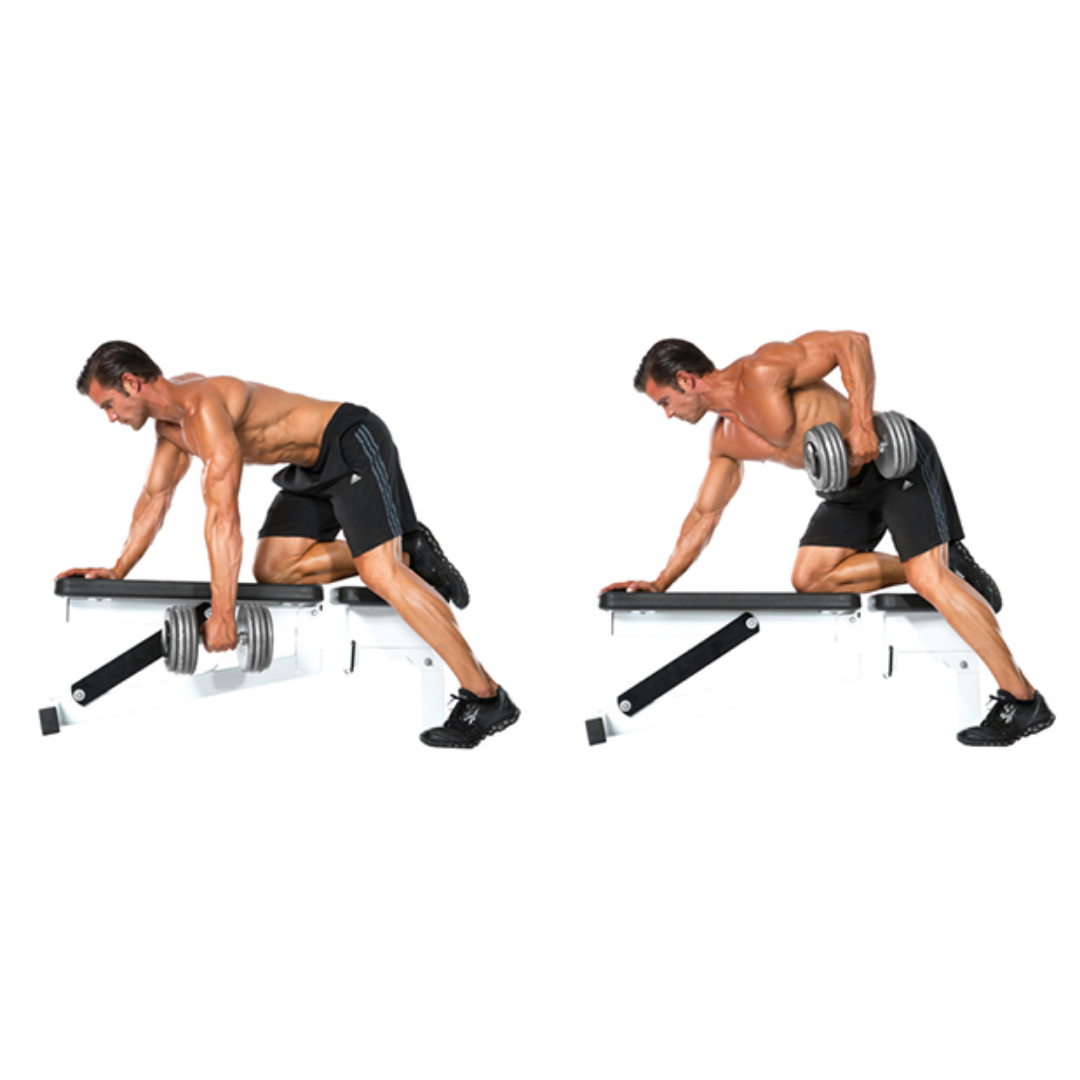 Lastly are Single-Arm Dumbbell Rows, sometimes known as Kroc Rows. Holding a dumbbell in one hand while propped on a flat bench, you pull it toward your midsection.

You’re going to feel this one in your lats primarily, as you should, but it is a great lift for building stronger grip, forearms, and to some extent, biceps as well.

Winning the arms race shouldn’t just be about filling out your shirts, you should be trying to build stronger biceps, triceps, and forearms so you can perform lifts better and reduce injuries, but even I have to admit that a lot of it has to do with looking good.

Regardless, this list of arm exercises will hopefully allow you to hit each part: Biceps, Triceps, and Forearms, plus the Compound Lifts to help you target multiple muscle groups to maximize your lifts.

What are you waiting for? The gun show starts soon!

Best Leg Exercises to Turn Your Twigs Into Trunks