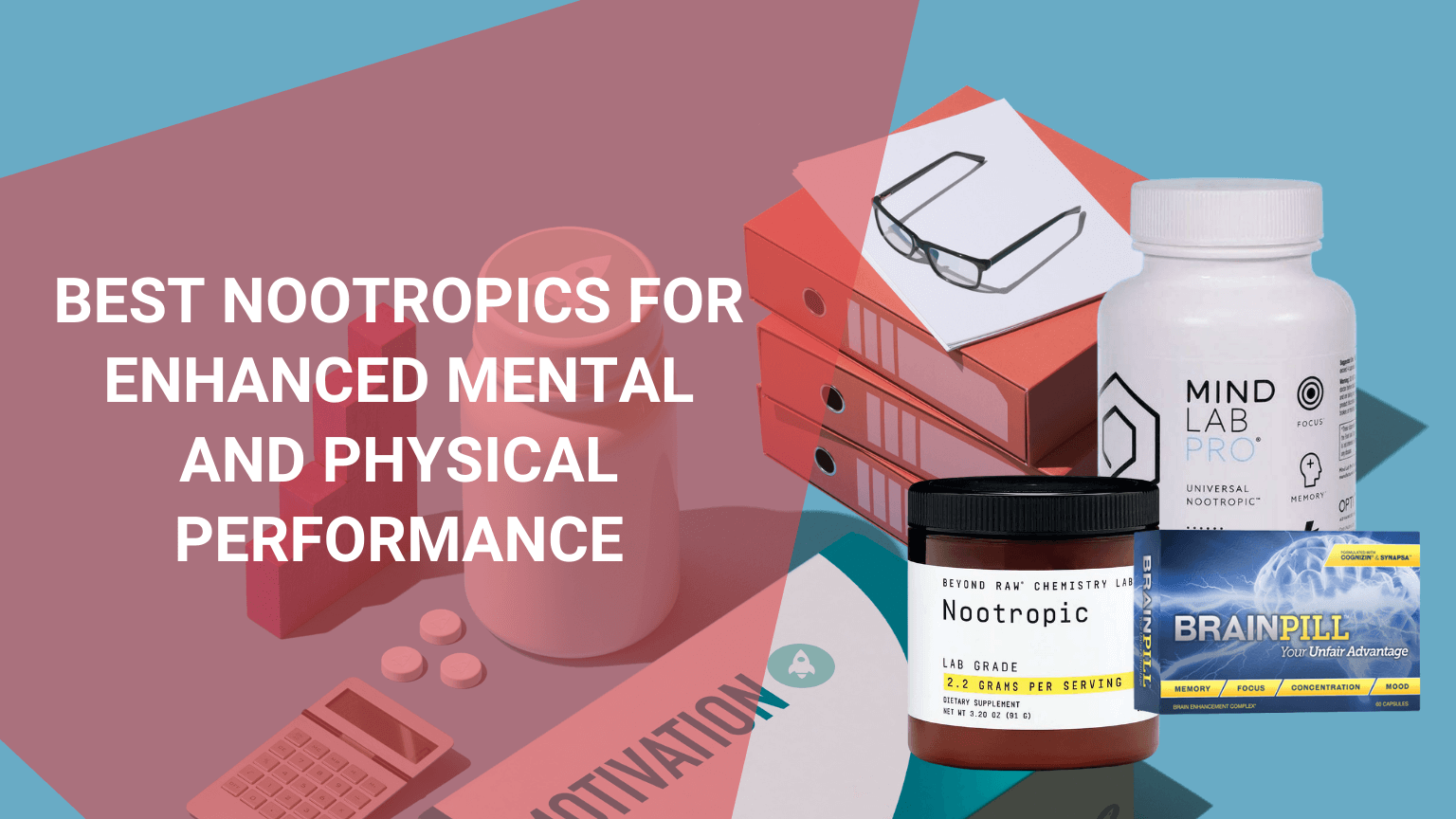 Nootropics isn’t a word you hear every day, but they’re a type of supplement that has garnered considerable interest over the past 5 or so years.

It might sound ridiculous and they might sound like the new “IT” supplement (and we know there have been plenty already), but they tout some pretty incredible results worth considering.

They range from improving weight loss efforts, increased mental performance (focus, memory), and have the potential to stimulate better circulation, so they may be worth a shot….but what the heck even are they?

Don't Have Time To Read? Here's Our Top Pick

MindLab Pro is one of the go-to nootropics available.

Plant-Based, natural, and containing vitamins B6, B9, and B12, L-Theanine, L-Tyrosine, and many more, it's a great way to improve brain function, improve sleep, and enhance your overall performance. 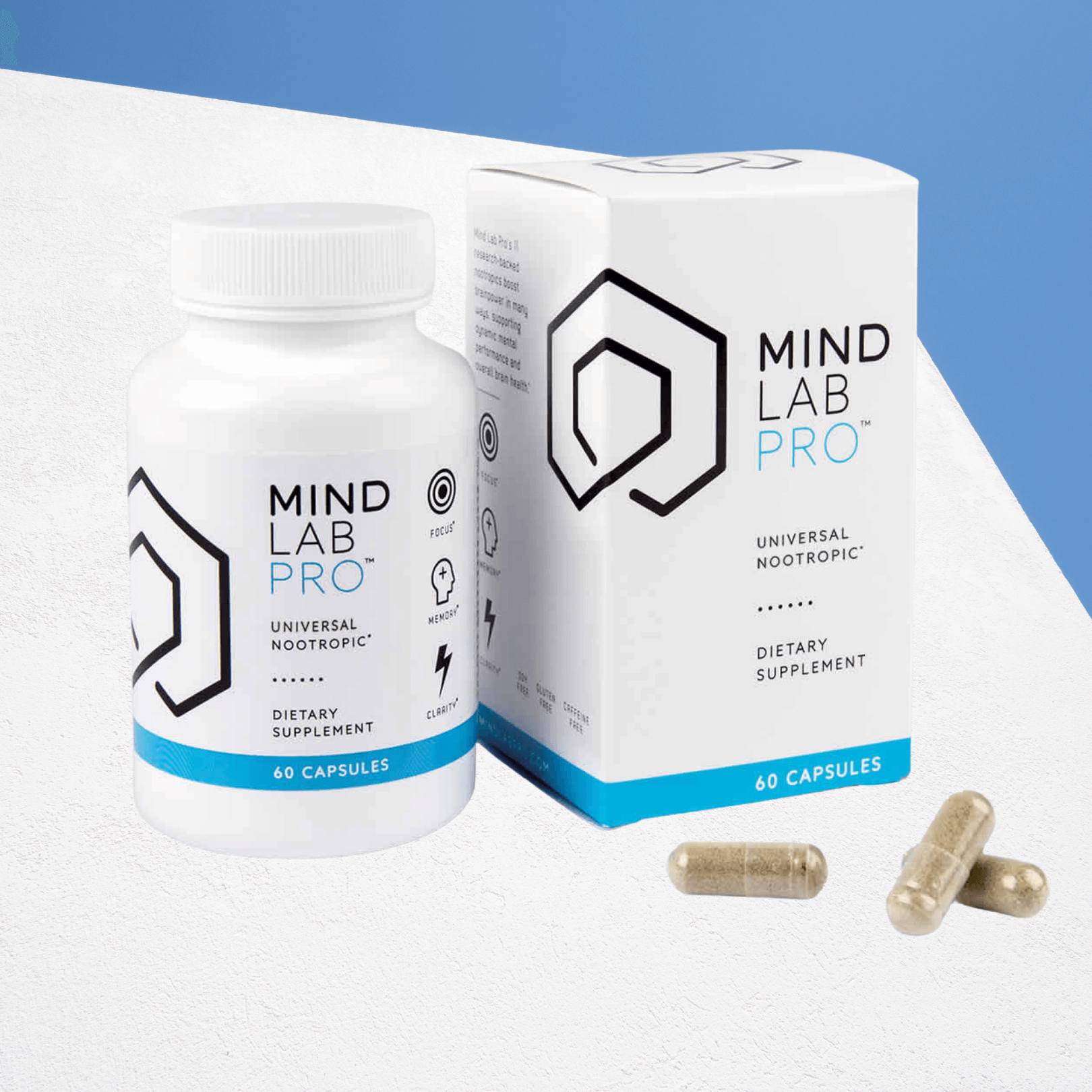 Admittedly, a nootropic is a silly name, but what isn’t silly is what they claim to offer.

Nootropics are usually referred to as “smart drugs” or “food for your brain” and their primary function is to help improve mental or cognitive functions, but they do have benefits for physical performance.

The idea of nootropics inspires images of these pills that are basically magic drugs, but you’re likely already taking a nootropic daily, and that’s caffeine. 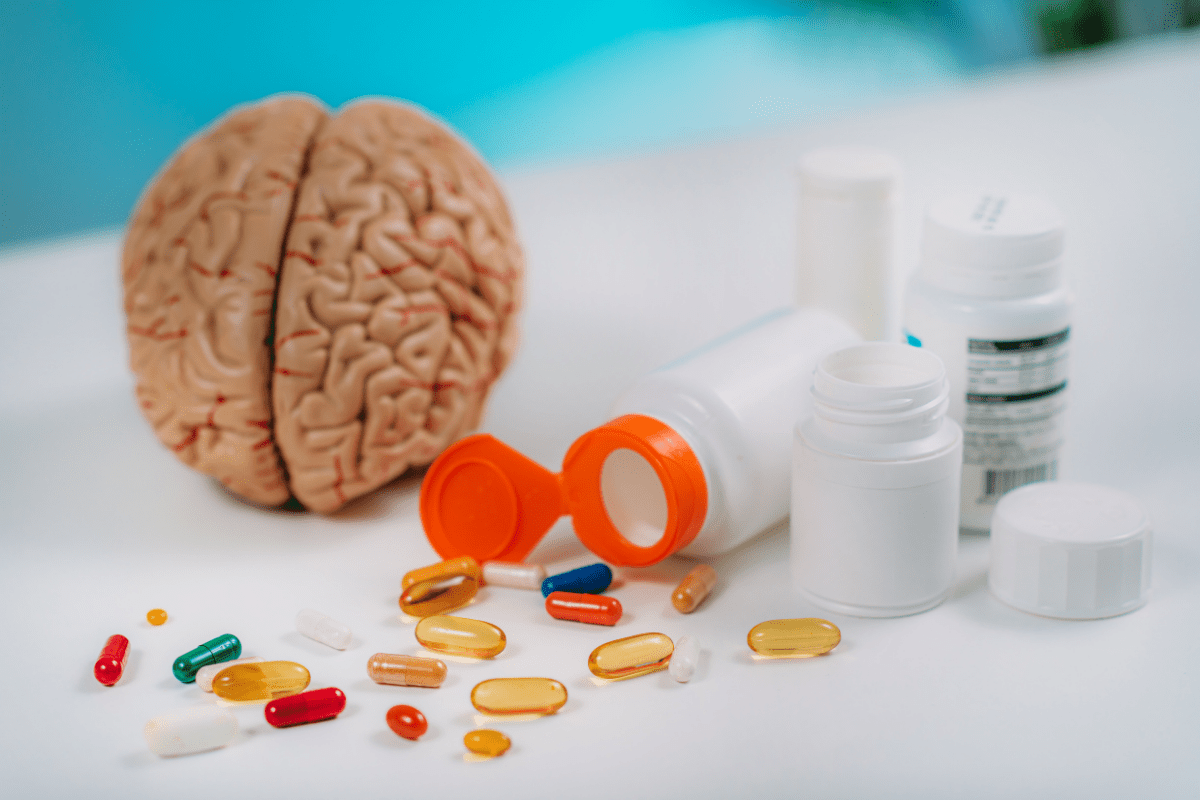 Coincidentally, some nootropics use caffeine as an active ingredient for the obvious fact that it can make you more alert and focused. Besides that, nootropics use a variety of active chemicals and nutrients to help produce the desired effects of these smart drugs.

L-Theanine, an amino acid, is just one, and CDP-choline another, among many more. As with any supplement, drug, or ingredient, you want to discuss with your doctor beforehand to get their opinion.

I’ll always recommend this course of action because not only do I value providing helpful and safe information, but you never know if you have a medication or condition that might counteract or clash with something, plus I value you, readers!

So without further ado, let’s check the best nootropics out there (in no particular order).

What I would consider the best nootropic on this list is Mind Lab Pro Universal Nootropic.

I’ve seen this name floating around on numerous other sites and lists of best nootropics so naturally, I had to test it out myself to see if it was deserving of the hype heaped upon it and as it turns out, it’s pretty good!

The one thing that really impressed me about Mind Lab Pro Universal Nootropic is that it’s plant-based and natural so it fits into more diets than most supplements which are great news for any vegetarians/vegans or anyone who just wants a natural product without soy, GMO’s or other additives.

It contains Vitamins B6, B9, and B12, along with L-Theanine, Lion’s Mane Mushroom, L-Tyrosine, and plenty of helpful ingredients that help increase cognitive function as any good nootropic should.

Mind Lab Pro Universal Nootropic took about 2 weeks before I started noticing results, which is fairly standard time for a nootropic to kick in, and I could already tell my focus was improving which helped in and out of the gym, so it’s certainly one to keep an eye on. 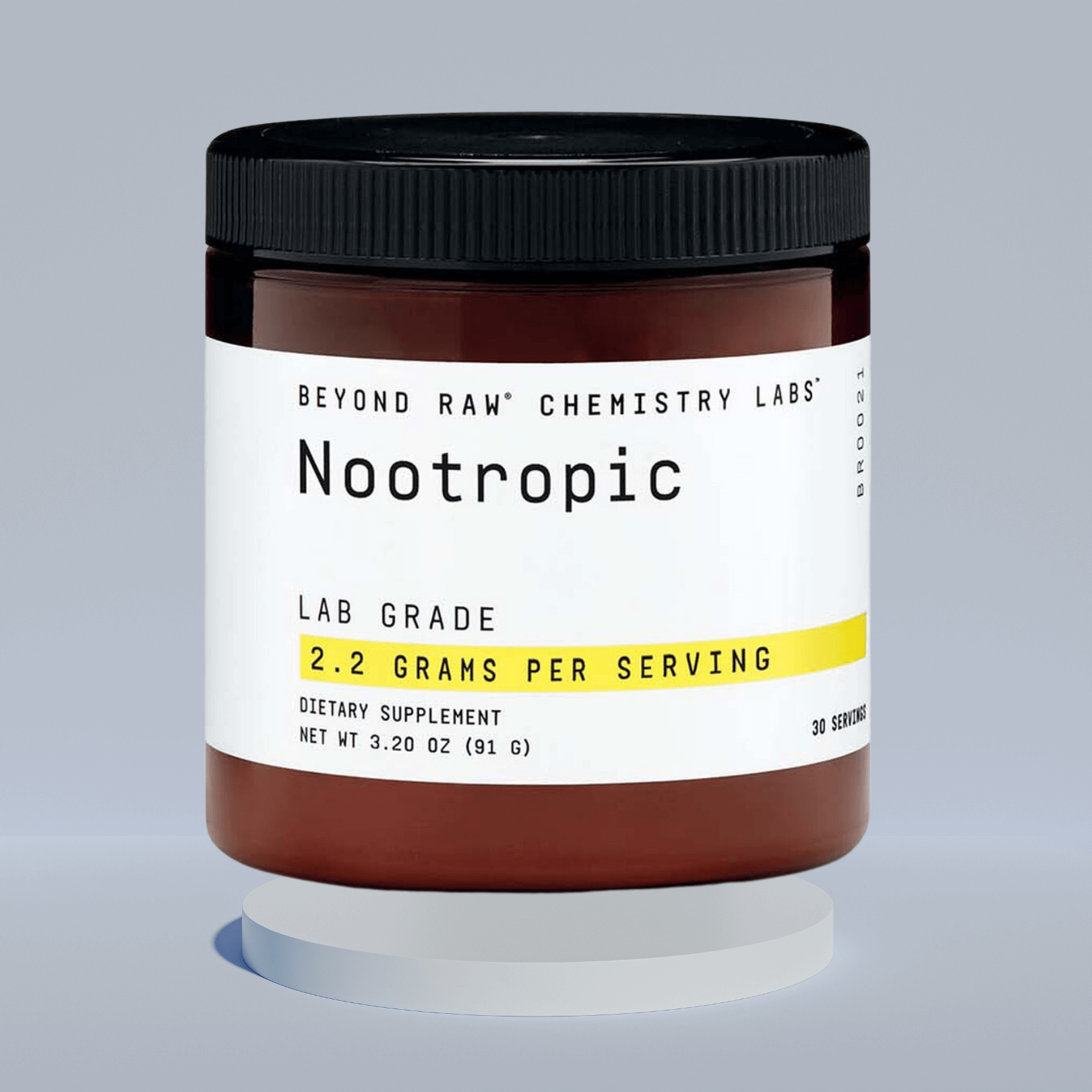 Secondly, we have Beyond Raw Chemistry Labs Nootropic, but even though it's runner-up, it's a worthy competitor.

This brand touts themselves as lab-grade quality supplements, and it’s hard to argue against their impressive product history.

I’ve reviewed a few of their supplements already, namely their Creatine, and I must say, their Nootropic supplement certainly is no slouch either.

And many more, it’s hard not to see how it can help with focus and boosting cognitive function.

Beyond Raw Nootropic is beyond expectations, although I will say, it isn’t the best testing.

However, this doesn’t detract from the fact that I saw noticeable results in my energy and focus shortly after taking it so if you can handle the not-so-pleasant taste then you’ll be fine. 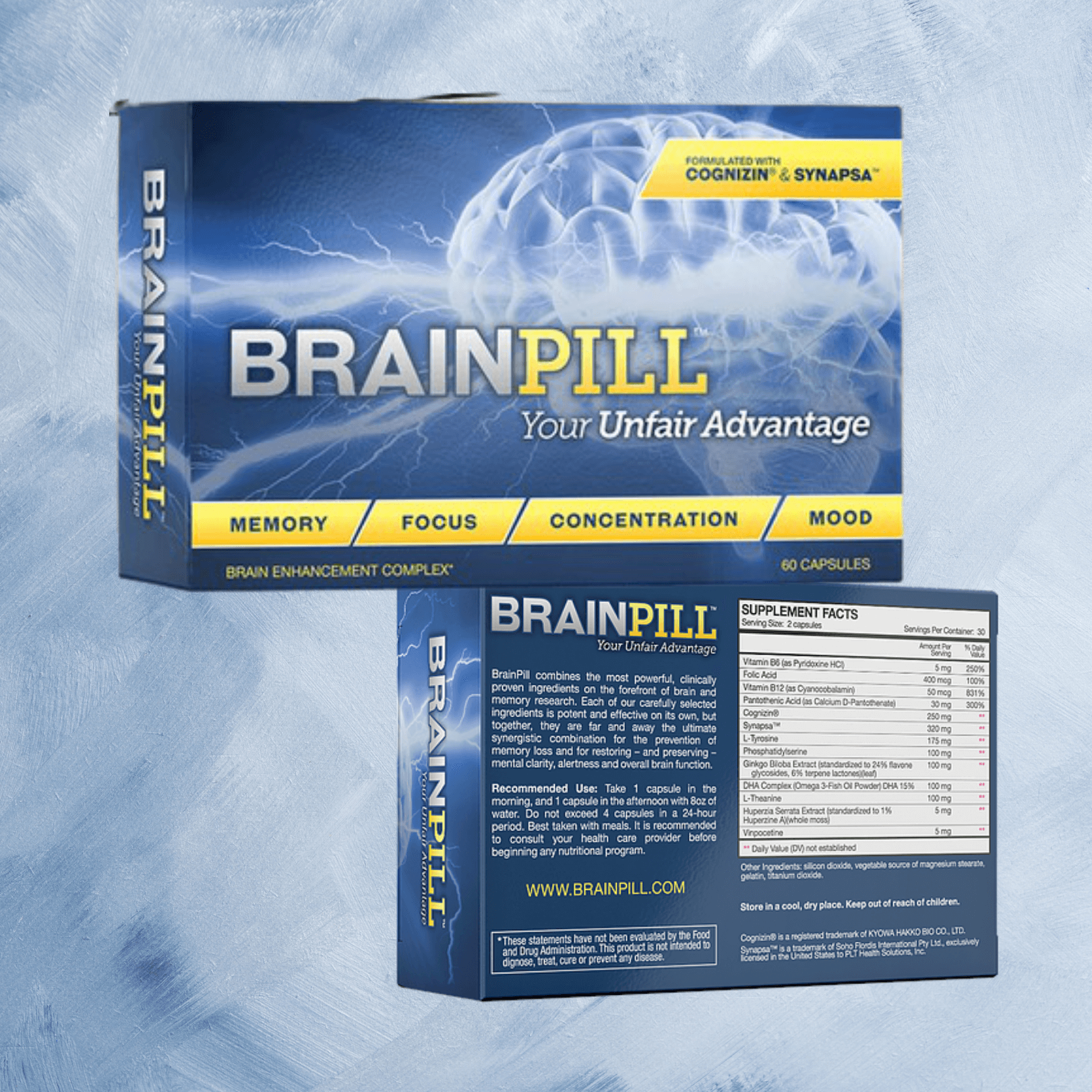 I know, Brainpill sound is kind of a silly name, but this one fits the bill if we're going to talk about nootropics as smart drugs.

Brainpill definitely airs on the heavier branding side of nootropics, promising superb improvement to cognitive ability, and includes the tagline, “your unfair advantage” but in all honesty, it’s a serviceable, but not overly spectacular nootropic.

Yes, its ingredient list does include some musts like Vitamin B6 and B12, but it also includes:

Which are all useful and found in plenty of foods and supplements, but then they also include some like:

I definitely did notice results with Brainpill so I won’t knock their branding efforts and I wouldn’t feel remiss about recommending it as a nootropic to try. 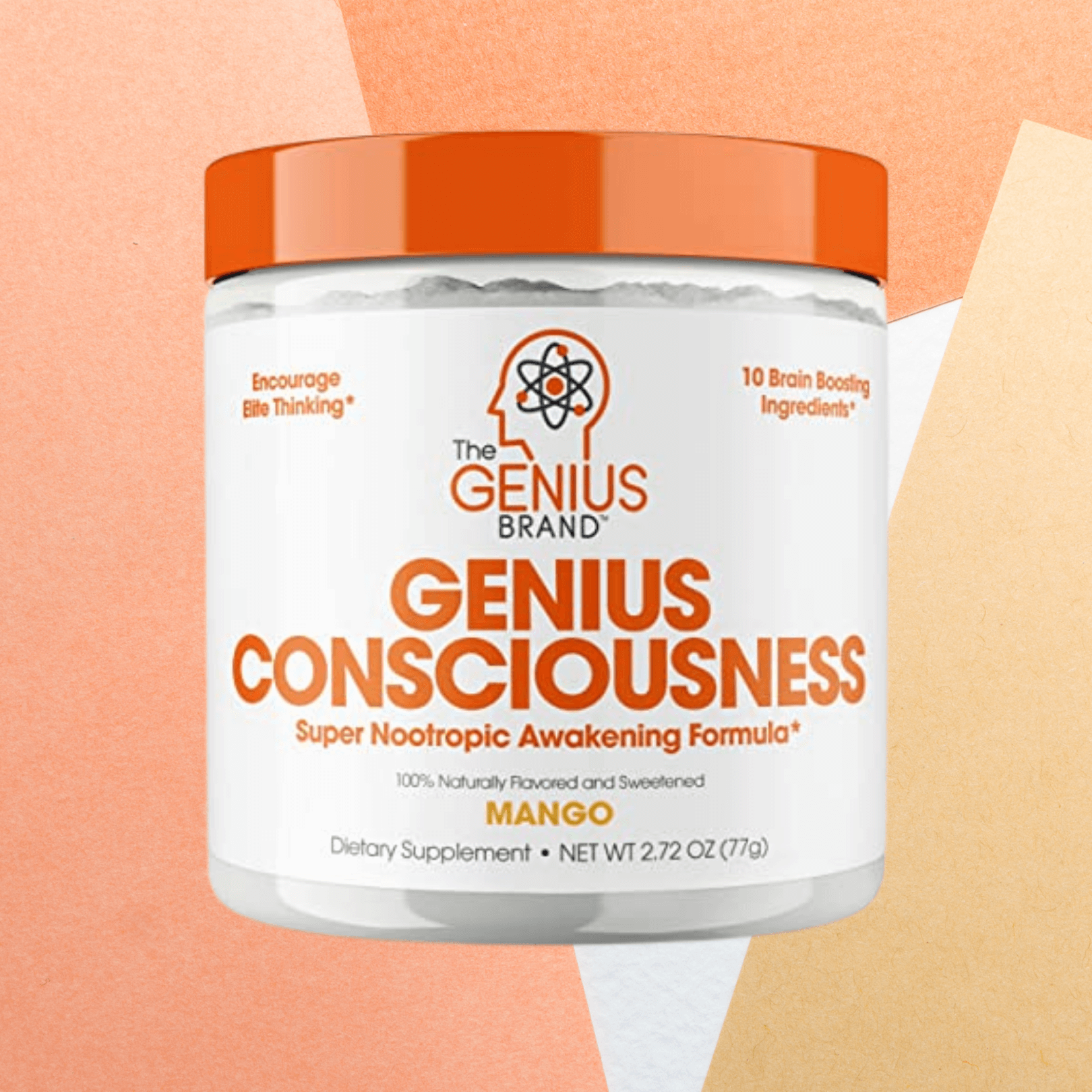 Talk about a mouthful of a name, right?

The good news is with the Genius Consciousness Super Nootropic, you’ll be so focused you can probably say it 5 times in a row without missing a beat.

All jokes aside, I say plenty of people mention this in comment sections for other nootropics so it piqued my interest and I decided to check it out for myself.

Lo and behold, it actually worked!

Using L-Carnitine, Caffeine, Lion’s Mane Mushroom, Phosphatidylserine, Huperzia Serrata, and a host of other proprietary blends, this nootropic was a welcome surprise.

It was certainly noticeable in my mood where I felt like I had much more pep in my step, so to speak.

Another big benefit was that Genius Consciousness Super Nootropic is relatively budget-friendly at $37.99 for the 2.72 Oz powder, so if that’s something that appeals to you, you’re in luck. 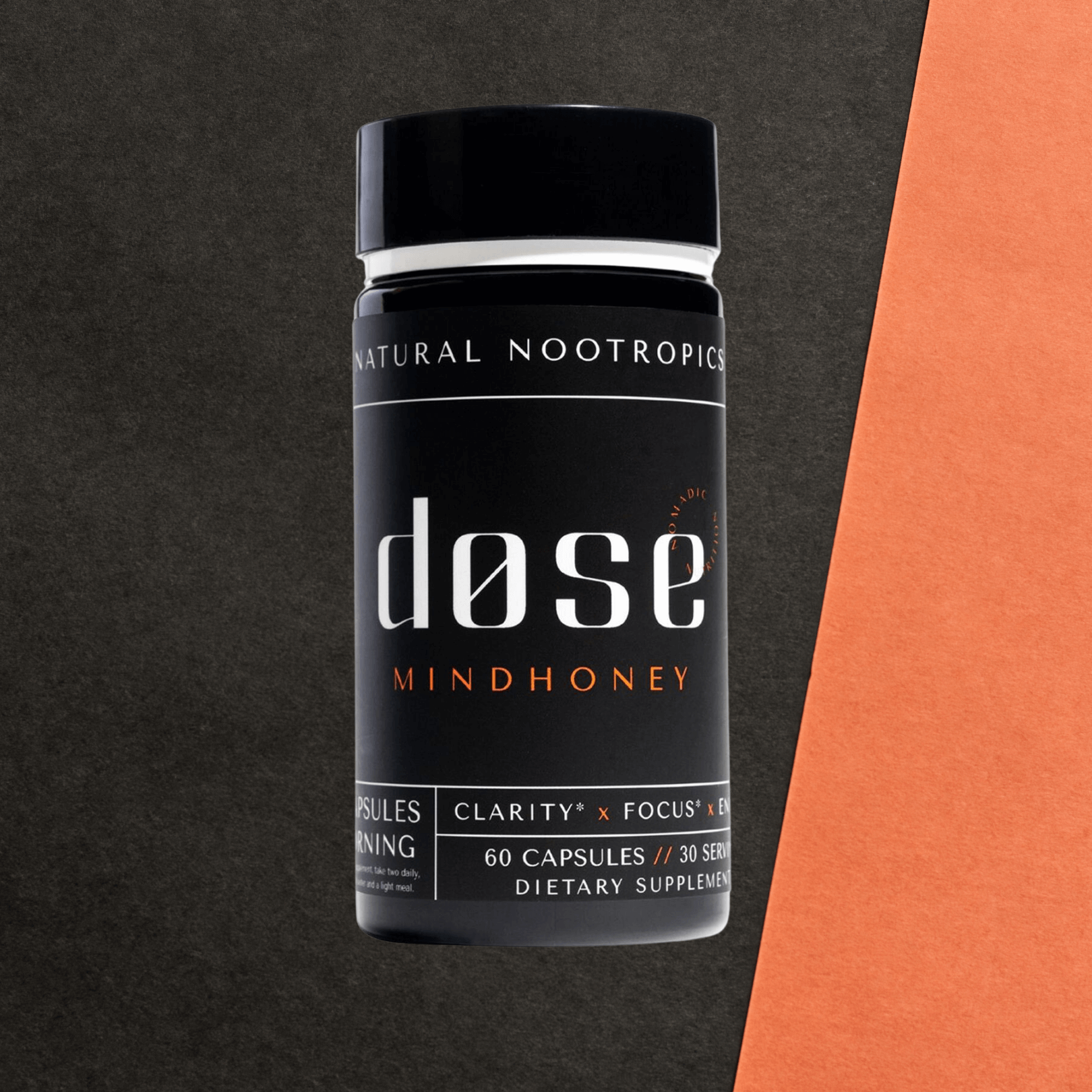 If you're looking for a great nootropic for that's also a natural supplement to improve their cognitive function, Dose MindHoney Natural Nootropics is a great choice.

What makes their nootropic so great, other than the fact that it fits into many more restrictive diets, is that they use a healthy mix of natural mushrooms in their mushroom blend.

You’ve seen Lion’s Mane mentioned before as it’s a pretty common ingredient in many nootropics, but if you haven’t seen the others, that’s fine because they are very healthy for the brain and body, and Chaga is actually quite delicious in its own right!

Besides this mushroom blend, there are some usual suspects like Vitamins B3 and B6, L-Theanine, Ashwagandha (used in other supplements for energy/focus), and L-Tyrosine.

Overall, I was happy with Dose MindHoney Natural Nootropics as the caffeine in it certainly gave me plenty of energy and helped me feel more focused in my day-to-day activities so it definitely makes the grade. 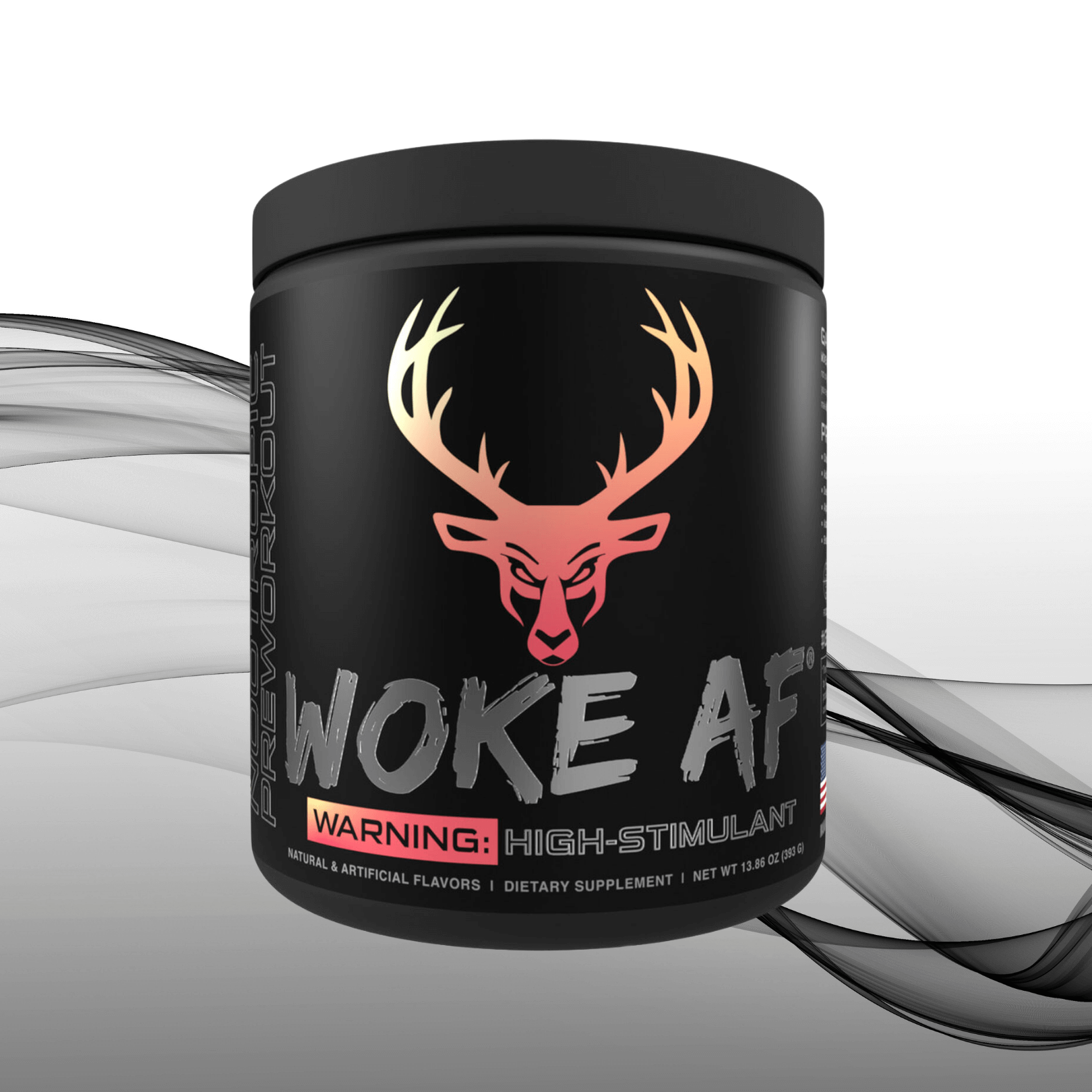 Aside from the obviously punny name, you might be wondering why Bucked Up Woke AF Nootropic is branded as a pre-workout.

The reason is that many nootropics are basically just pre-workout supplements with lesser amounts of caffeine to avoid that jacked-up energy level feeling you’d get from their counterparts.

Bucked Up Woke AF Nootropic Pre-Workout is still a nootropic, but it does contain a healthy dose of caffeine and energy-producing ingredients like Theobromine and Taurine (found in energy drinks).

I’ve tried my fair amount of pre-workout supplements, so this didn’t intimidate me, and neither should it intimidate you. While it’s branded as such, it’s not going to knock you off your feet if you’re worried about it providing too much energy.

It definitely gave me more of an immediate jolt as opposed to the slow build-up that nootropics take, but it’s manageable given that it’s a powder you can dose out in smaller quantities.

Still, Bucked Up Woke AF Nootropic Pre-Workout works well for energy and focus, but this is more for people that want an immediate impact on their energy for a workout, work, or strenuous mental or physical activity. 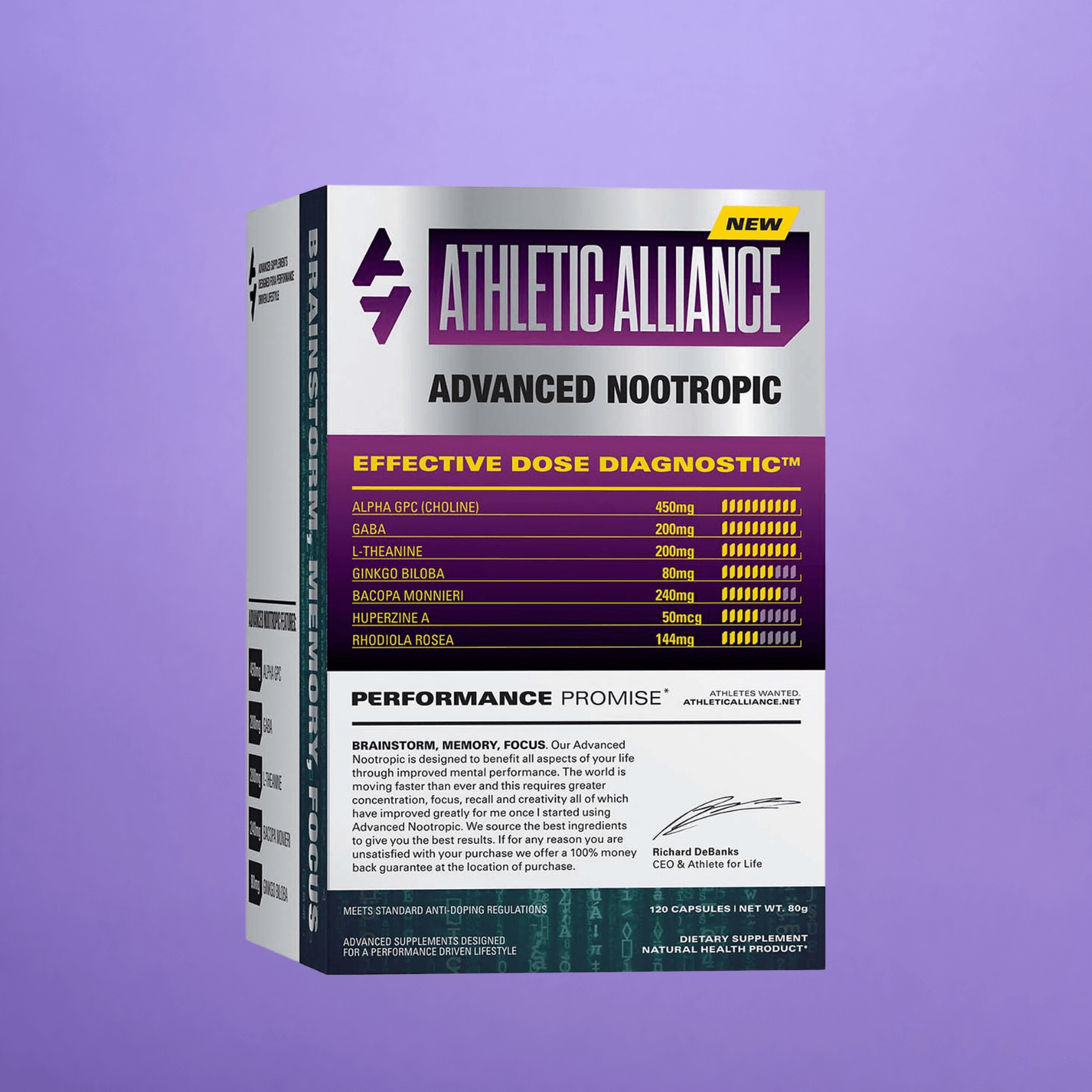 Athletic Alliance Nootropic v2.0 isn’t here to reinvent the wheel and I’m here for it.

There’s a huge problem in the world of supplements where every brand is trying to one-up each other with small gimmicks when all you need is something that works.

Their list of ingredients isn’t long but it includes most of what I expected and wanted to see.

Some of the ingredients include:

Noticeably missing were some of the B-vitamins, which is fine given the ones I’ve listed are plenty capable of helping improve your mental energy.

As far as nootropics go, Athletic Alliance Nootropic v2.0 does as it’s intended, nothing less, nothing more, and for that, I applaud them. You don’t need to reinvent the wheel, just give me the improved focus and mental clarity that I need. 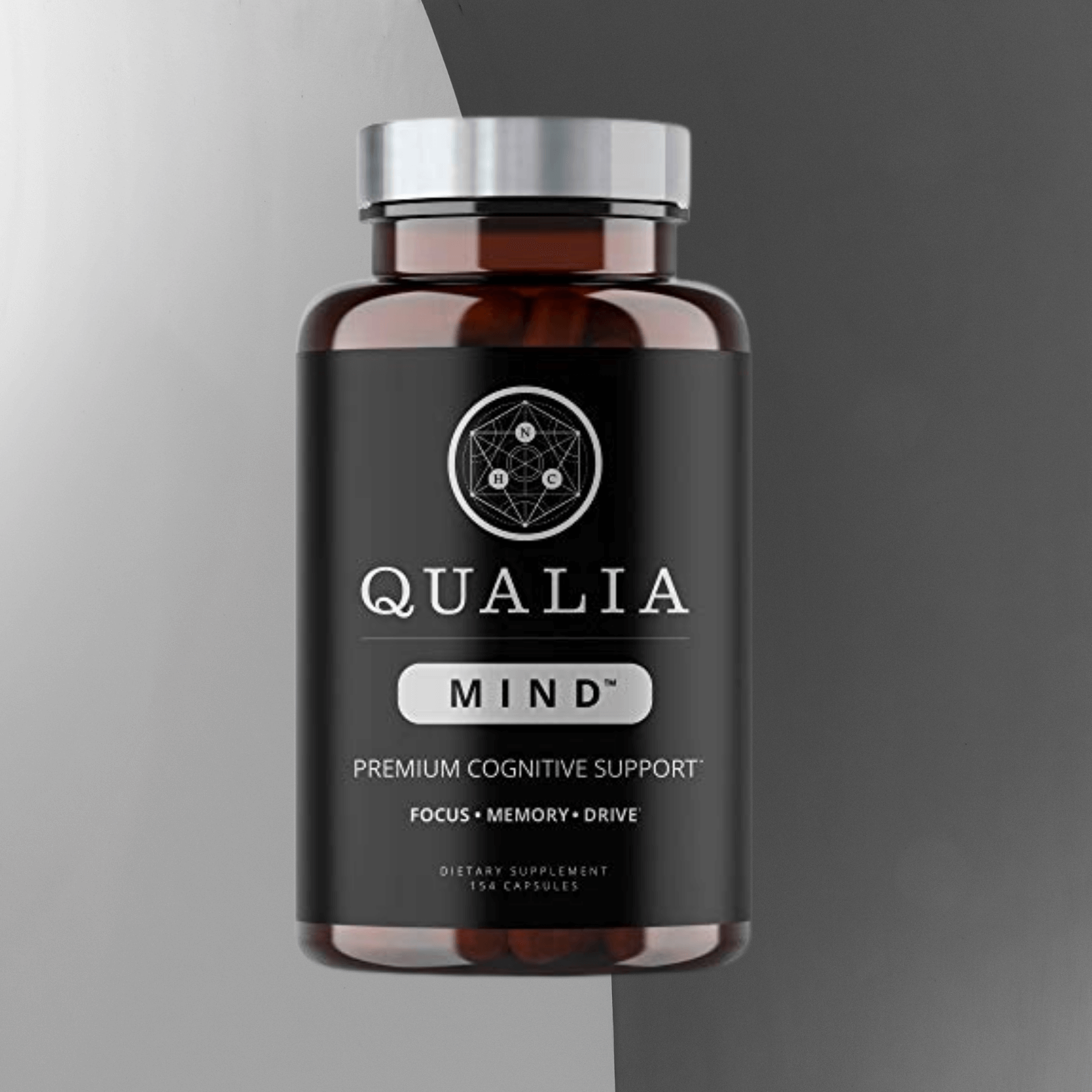 Last but not least is Qualia Mind Nootropics.

This is another nootropic supplement that was being floated around in comments and reviews of other products so, like the curious fitness enthusiast I am, I wanted to see if this supplement could hold its water.

The verdict? Well worth it.

Qualia did a great job with this nootropic and I wouldn’t hesitate to recommend it to someone who needed a boost for their energy, their mood, or just needs some extra push to stay mentally focused.

One thing that really blew me away when trying out this supplement wasn’t just the results, but the impressive ingredient list. With ingredients like:

And many, many, many more, it’s hard not to see how it works. You’ll also notice that the price is fairly high, but each bottle has 154 capsules so it works out in your favor for cost per dose.

All in all, Qualia Mind Nootropics isn't my top choice, but it does deserve to be considered one of the good nootropics out there.

There’s a lot to unpack when it comes to nootropics. Some people swear by them, some people believe they’re all hype, no substance, but what is true is that there are definitely plenty out there that do work as intended, you just have to look hard enough.

In our case, I’ve provided you with 8 solid choices that each have their own pros and cons, and from my personal experience, they can definitely offer the benefits of improved focus, increased energy, better mood, and an overall boost to cognitive function that nootropics and other smart drugs claim to.

I feel confident that I’ve picked good options for you and that you’ll be able to do your own research to find one that fits your specific needs, and as always, consult with your doctor before you consider certain drugs/supplements!

Mind Lab Pro Review: The Best Nootropic Out There?