Fitbit Sense Review: Getting The Scoop On Fitness Wearables 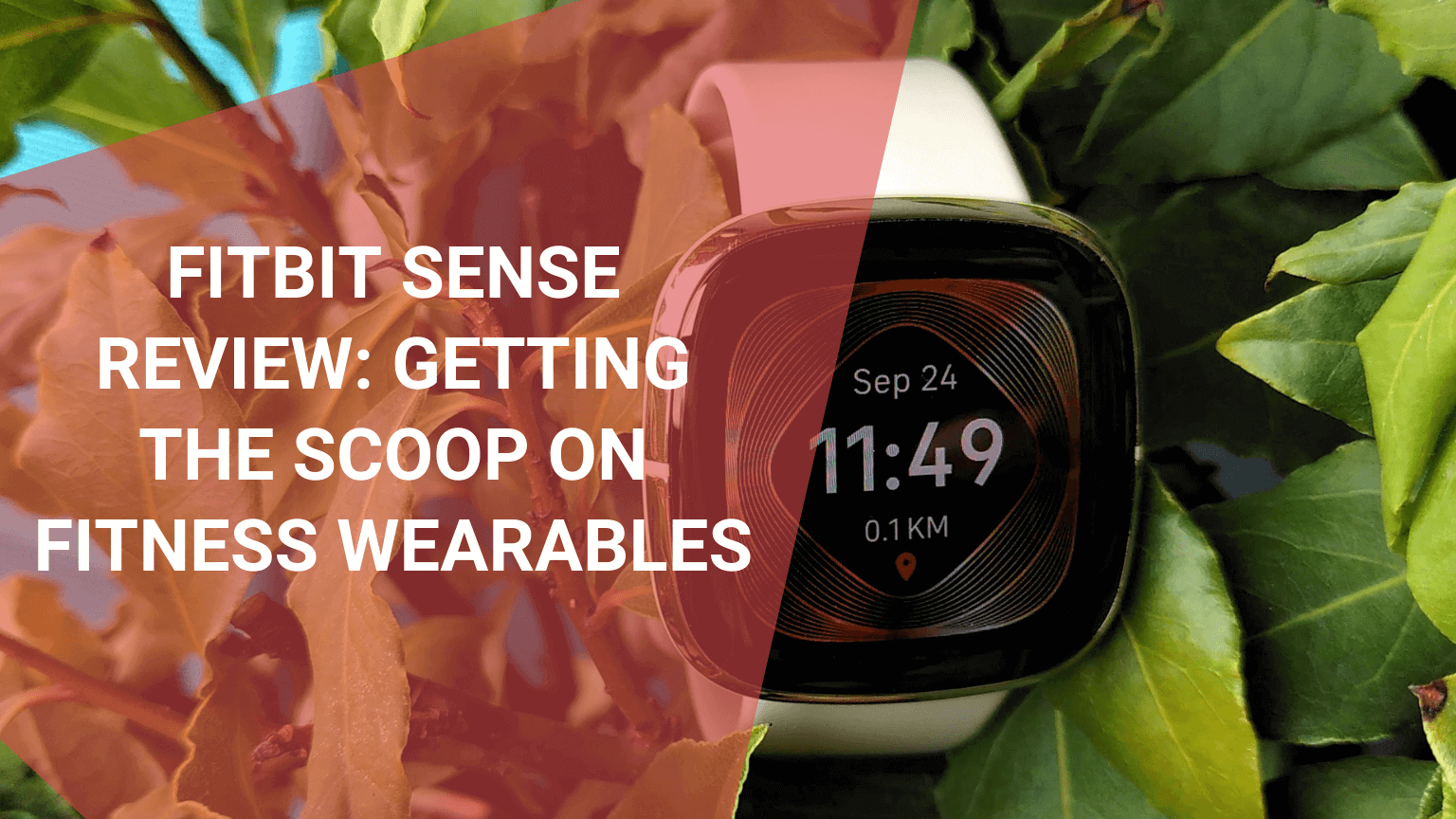 Unless you’ve been living under a rock for the last few years, you’ve probably heard of Fitbits and smartwatches. These have greatly increased in popularity, with many people wearing them for fitness as well as for fashion.

When it comes to shopping for Fitbits, there are several different watches and trackers to choose from. You can go for a cheaper tracker, or you can splurge a little and get a high-tech watch.

For today’s post, I’m going to be reviewing the Fitbit Sense, talking about everything that it has to offer along with how well it holds up compared to other smartwatches. As the Fitbit Sense retails for approximately $299.95, you want to make sure you are getting a quality product. 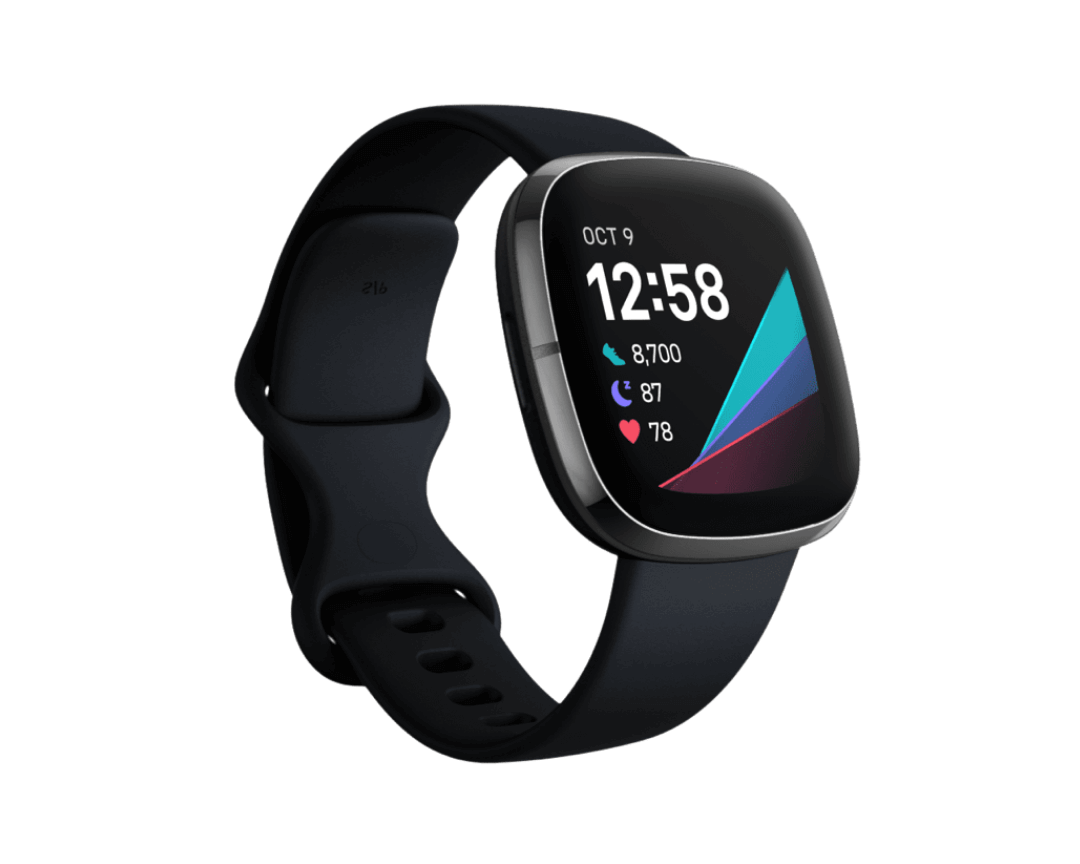 The Fitbit Sense is currently the flagship model for Fitbit smartwatches so you know that you are going to be getting the best Fitbit has to offer.

The question is, however, does it justify the $299.95 price tag though.

The first thing I want to talk about with the Fitbit Sense is the sensors.

No matter what Fitbit you have, it will have sensors on it that will help count your steps and track your heart rate.

The Fitbit Sense has the most sensors on it, which allows it to track many more things than other models. You are still going to be getting the standard step count and heart rate monitoring, but now you can get skin temperature sensors along with biosensors.

With any Fitbit, you have the option of switching between a large and a small wristband. The Fitbit Sense continues this trend and it is incredibly easy to switch between the two. This makes the Fitbit Sense a great product, no matter how big or small your wrist is.

The battery is another thing I want to talk about with the Fitbit Sense. It says it has up to 6+ days of battery life, and I have to say that simply isn’t true. If you aren’t doing anything with the Fitbit and using the bare minimum features, you might find yourself getting that much time.

However, if you attempt to use the GPS workouts, or use any of the features with the Fitbit, you are going to find it lasting a little shorter.

You are still going to easily be able to get one day out of this Fitbit and probably a second, however, you might need to charge it at the end of the second day. That being said, two to three days of usage is pretty solid for a smartwatch.

Charging is quite simple as well. Simply attach the charging port to the bottom of the Fitbit Sense and you are good to go. 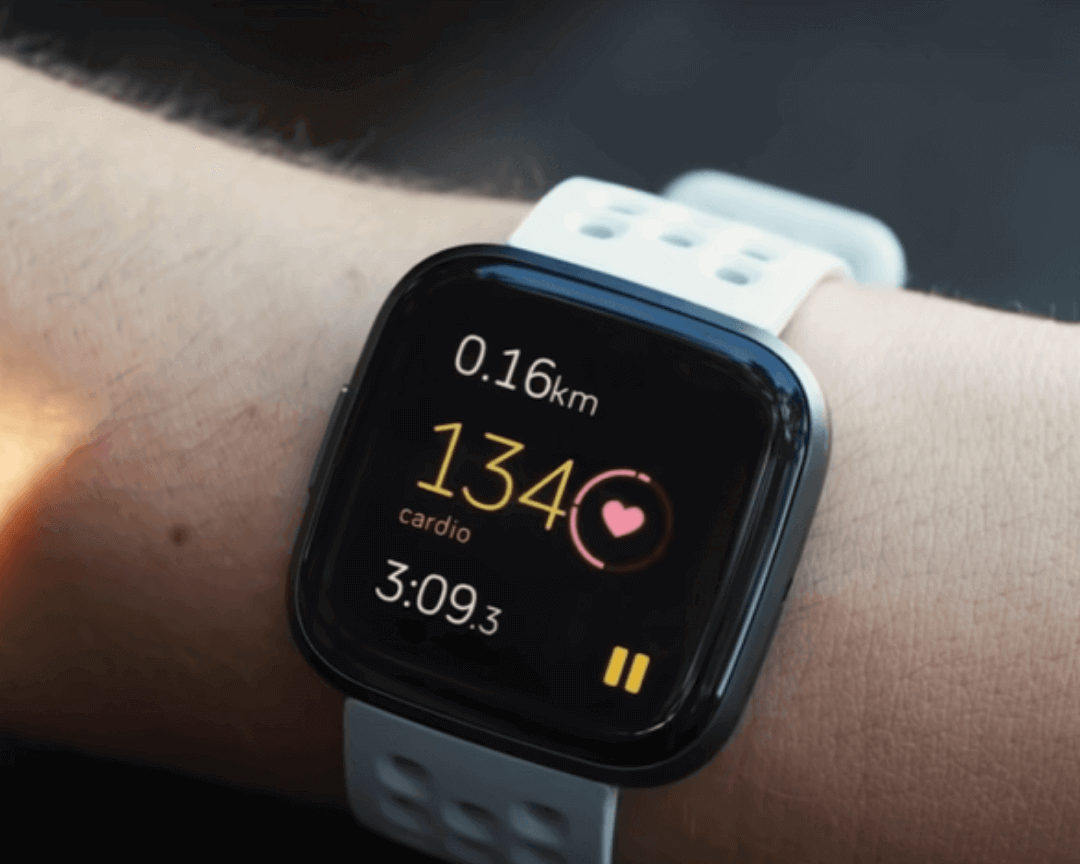 Onto the device itself, you can sync it to your phone to track things in real-time on your mobile device.

I found myself using this feature often as I could see much more information on my phone rather than the Fitbit Sense. If you do plan on getting a Fitbit Sense, I would highly recommend downloading the app as it unlocks many more features.

The Fitbit Sense doesn’t lack in features either. You can get feedback on how you are sleeping at night and information on your oxygen saturation during the day.

Along with that, the Fitbit Sense will help to keep track of your breathing rate and much more. The smartwatch capabilities also allow you to use Fitbay Pay, call and text people, and play music as well. I was blown away by the number of features on the Fitbit Sense. 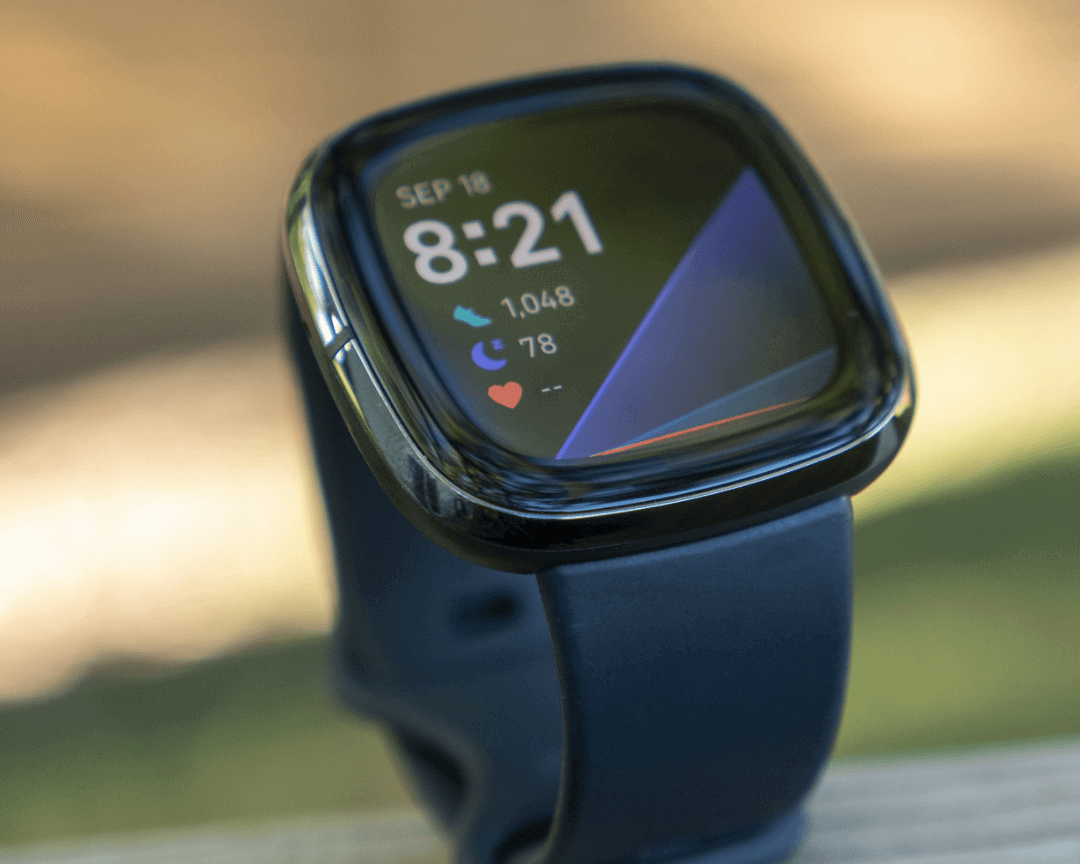 When compared to other Fitbits, the Fitbit Sense has much more to offer and I have to say the price increase isn’t too great either.

I’d honestly pay a little bit more for the Fitbit Sense for everything that it brings to the table.

I haven’t even talked about some of the fitness features yet on the Fitbit Sense and I’m going to be saving that for when I discuss my own experience with the Fitbit.

The final thing I want to mention about the Fitbit Sense is its durability. Like most Fitbits, it is completely water-resistant and can go into the water at a depth up to 50m. Unless you are going scuba diving your Fitbit Sense should never run into any problems.

Overall, the Fitbit Sense has a ton to offer and if you don’t believe me, you can check out the specs for yourself. In comparison to something like the Apple Watch, I’d say it does similar things, but for a cheaper price.

My Experience With the Fitbit Sense

I know for many of you watches might be uncomfortable to wear. The first thing I noticed, or well didn’t notice, with the Fitbit Sense is the watch itself.

It fits extremely comfortably on the wrist and after a few minutes of wearing it, I completely forgot that I had it on.

This is perfect for all of you people who hate wearing watches and feeling something on their wrist. With the Fitbit Sense, I decided that I was going to go out for a run and see how well it tracked my activity. 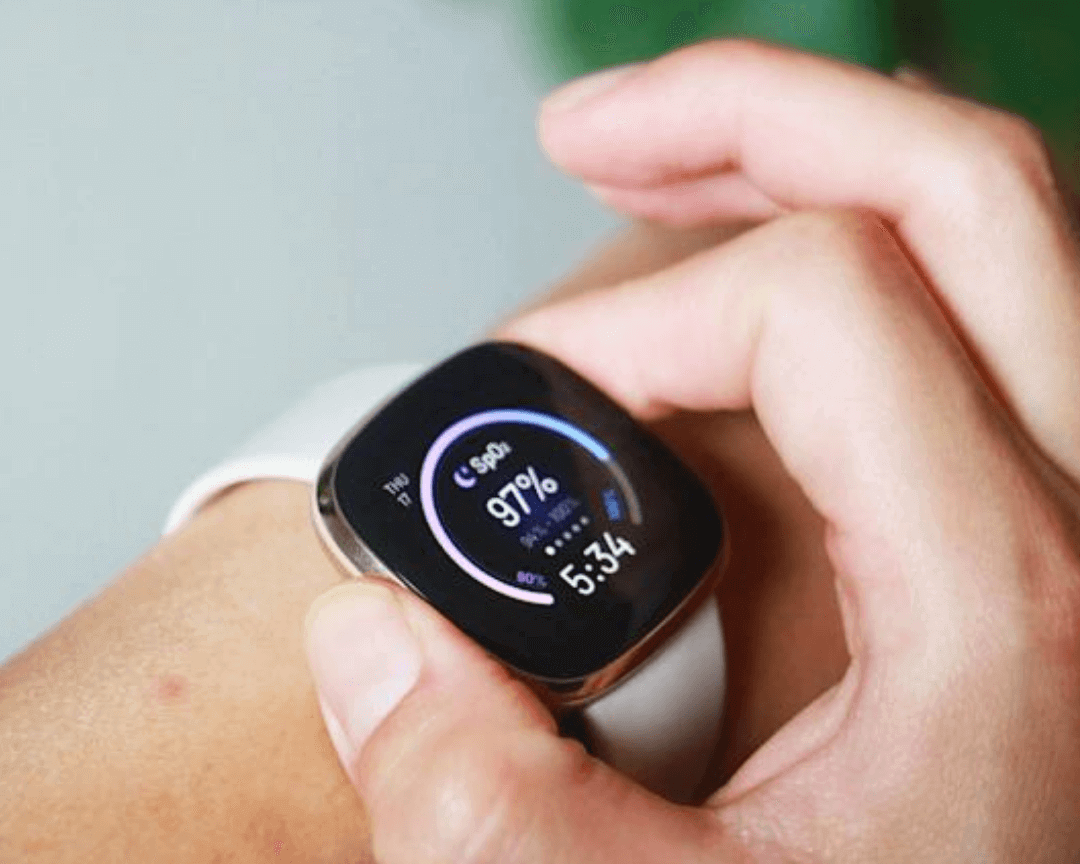 Fitbit has something called Active Zone minutes and it triggers when you get your heart rate into your personalized target heart rate zone.

After running for a few minutes, I felt a vibration on my Fitbit Sense and it was to let me know that I was now getting Active Zone minutes.

I also took advantage of the built-in GPS that helped track my run and its pace and distance. Once I got home, I decided to take a look in the Fitbit app and see how everything was logged.

For the most part, I’d say everything was fairly accurate. I do think the sensors can be a little off at times for detecting your heart rate, but it’s nothing too concerning.

With any type of product like this, it is going to be bouncing around, therefore a completely accurate reading might be a little difficult to come by.

Once I was home, I took a look at some of the exercise modes that were on the Fitbit Sense. These are kind of like games and will help push you towards your goal. While you are doing this, it is going to track everything that you do to give you a good sense of how you are doing.

If you are someone who has trouble getting the motivation to work out or struggles to think of what to do, the Fitbit Sense is going to greatly help you in that department.

The final thing I want to mention is my experience with the Fitbit Sense as a smartwatch. I was easily able to text and call my friends and play music. It’s an overall great product and I was impressed with it as I was using it.

Where to Buy the Fitbit Sense?

If you are looking to buy the Fitbit Sense, I would recommend heading over to the official Fitbit website. You are going to be getting the best price there along with a solid warranty that is going to last for several years. They also sometimes have sales on the website, allowing you to save even more money.

If you are looking for a smartwatch that can track your progress, the Fitbit Sense is going to be a great product for you. The comfort of it mixed in with all of the features made it something that I loved using.

I normally hate wearing watches when going for a run, but the Fitbit Sense fit in a way that felt completely natural.

Like I said before, the price is $299.95, and I feel that it is completely justified. If you want to have all of your fitness activity tracked by a reliable product, I would recommend the Fitbit Sense.

Top 10 Exercise Bikes To Improve Your Health in 2020

Couch to 5K: What You Need to Know